I am a bit of a germ freak. Made worse by the fact that germs ruin my life. Germs turn my normally delightful children into leaky, yelling, unmanageable creatures. Doctors tell me I can avoid this unfortunate transformation by hand washing.

One winter the kids and I were sick every other week. When I started washing my hands for 20 seconds–we stopped getting sick so often. What, is washing hands for just a few seconds not really doing anything at all? Perhaps. Gross.

Well, my mom sent me a present which has the potential to change my life. It’s a silver microfiber hand drying cloth which I thought was a lion but apparently is a tiger. The fibers are 1/200th the size of hair, so they trap particles quickly. Apparently interweaved with these tiny fibers are also tiny silver fibers? That’s what they say. Supposedly the silver kills the microorganisms trapped in the microfibers. So you just wet the surface and wipe it down and then it’s cleaner than if you had bleached or lysolled it.

Being the homeschooling germ freak that I am, I also needed to test it on hands. I heard about a first grader doing an experiment like this, so must be legit, right?

The basic idea is that the kids play outside, then either wash with soap and water, hand sanitizer, or the Norwex Liger. Then they handle a potato, put it in a bag, and then over weeks you watch the bacterial growth. The number of different kinds of spots tell you how many germs were on your hands when you played with the potato. 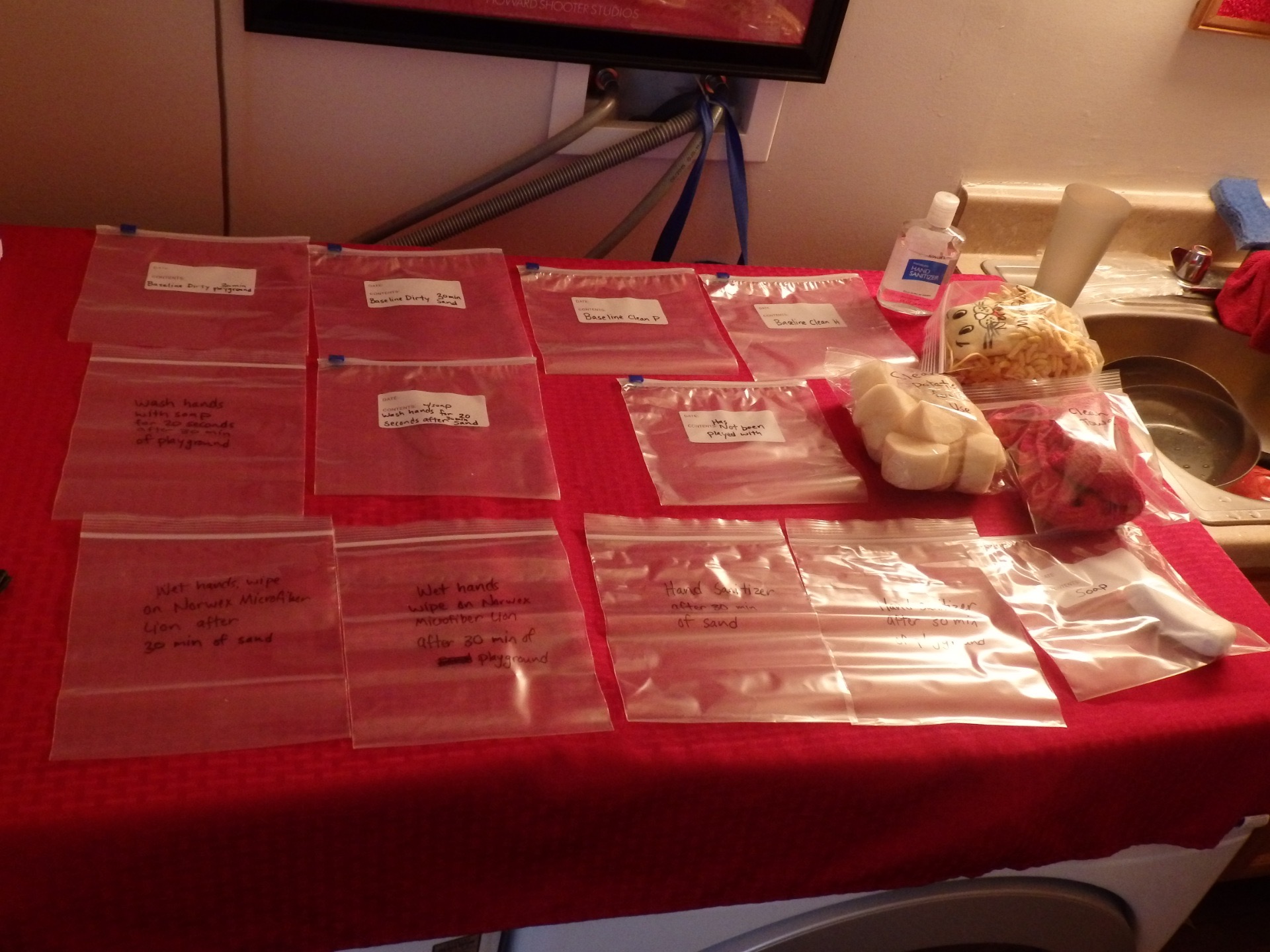 Heidi’s job was to gather germs from the sandbox, while Peter canvassed the play structure. They did great. 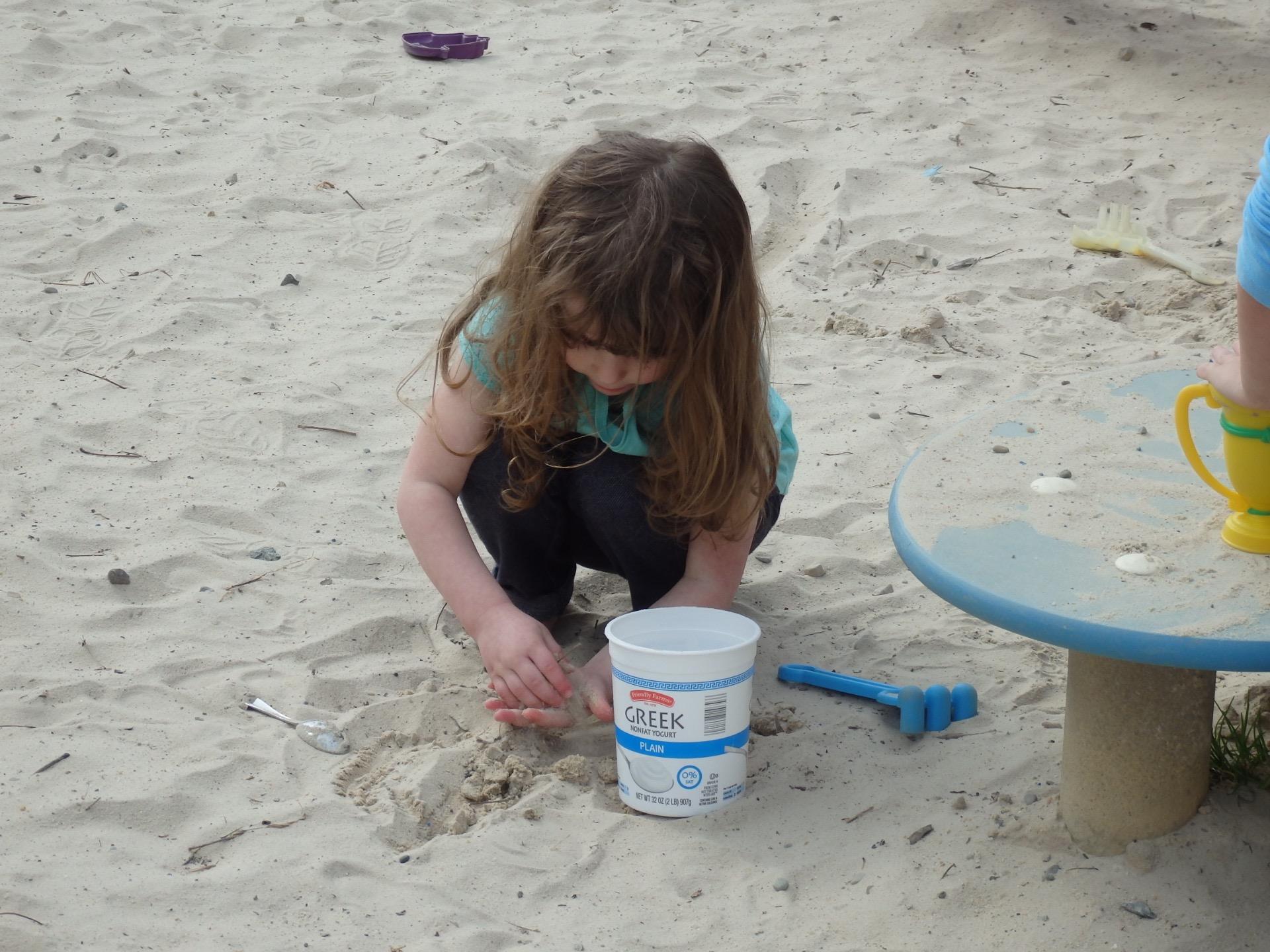 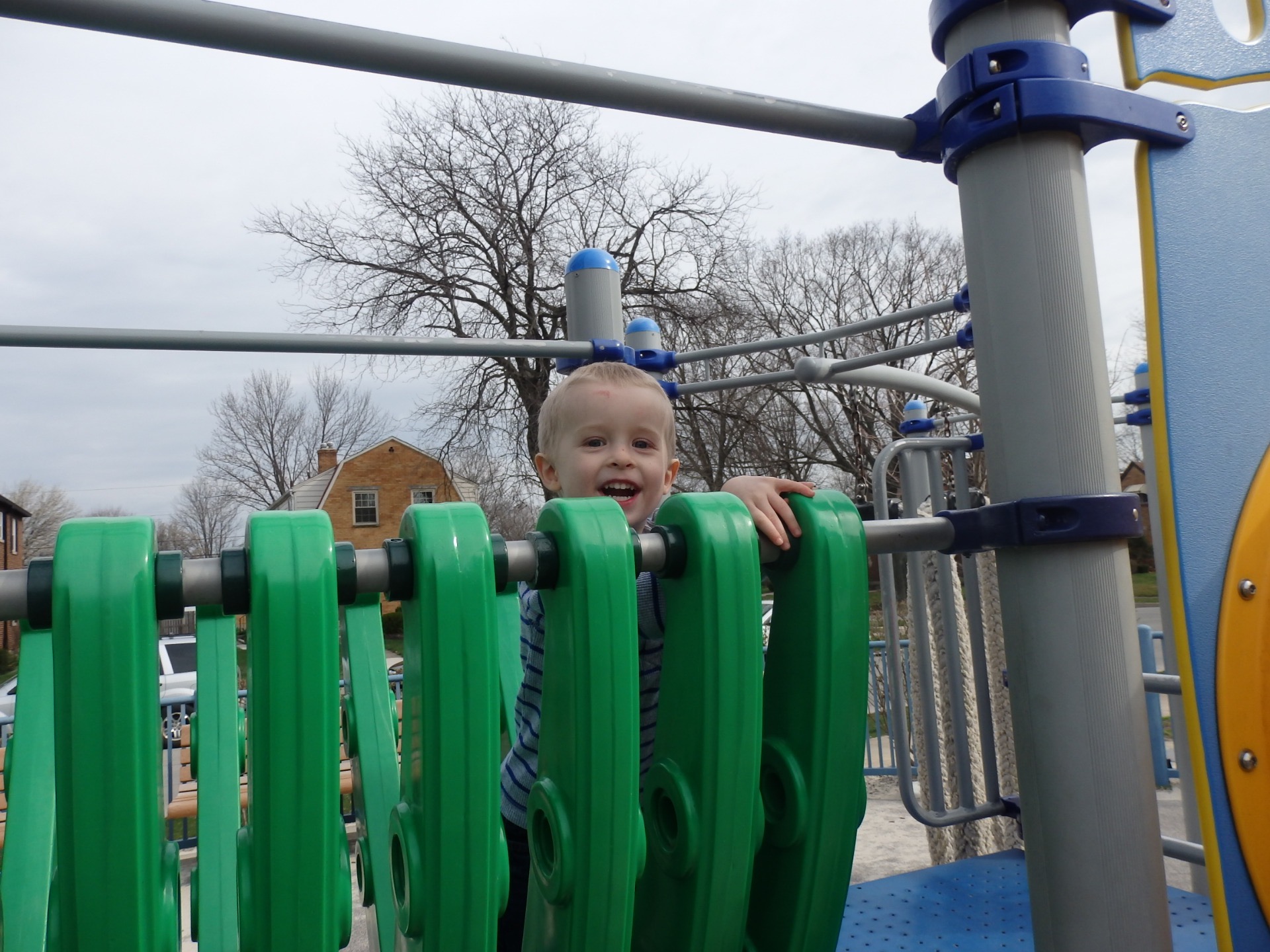 I put a potato in a bag right as we got there as a control. They played with a potato before we left the car and bagged it too, as more controls. Is that a thing? 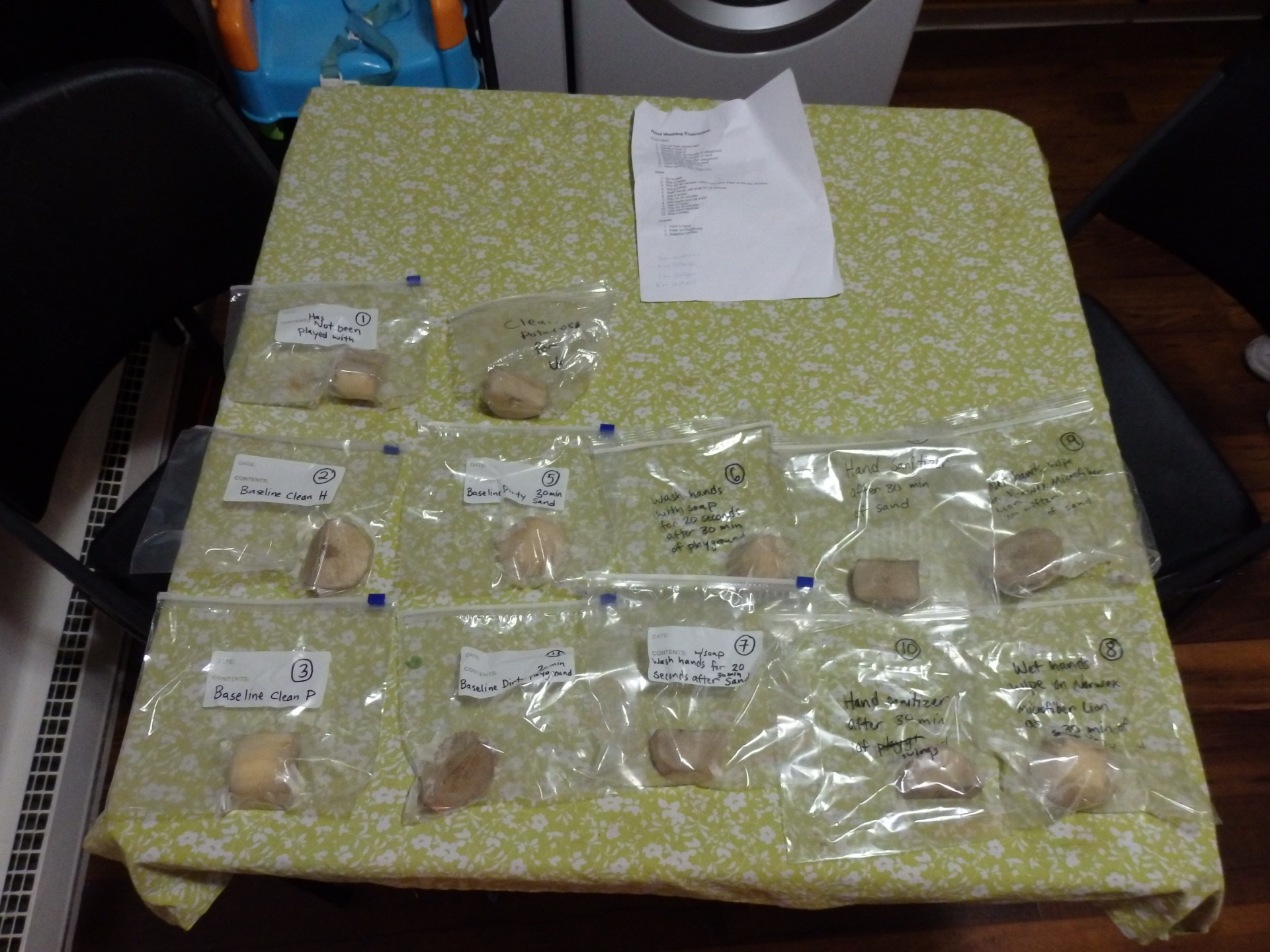 I already see a difference in enzymatic browning, which may or may not ruin everything. We shall see.

They’re on a box on top of our fridge. (Remind me to check on them.) The number of germ colonies growing should be related to the effectiveness of the hand-cleaning method, right? I will get back to you about Norwex soon.

But, sorry Norwex, e-Cloths get similar reviews but are cheaper. So, if this experiment plays out, the next time I need to buy cleaning supplies, I will probably buy an e-Cloth instead.

UPDATE SEPT 2, 2016: I realized that I never wrote about the result of this experiment. Sorry.

This was super interesting. The pictures of the moldy potatoes did not turn out well. The reflection from the bag made pictures unclear, and it would have been difficult to give an accurate sense of the germ colonies on the entire surface of 11 bags of potatoes. But I did write down which were the dirtiest and which were the cleanest. Here we go.

Cleanest: The potatoes that were never played had zero growth on them.

The next cleanest were the ones played with after washing hands with soap and water. They were covered with only one or maybe two kinds of germs. It doesn’t matter that it was covered with growth, because it stayed on our fridge for weeks. The important part was there were only a few surviving organisms that were able to flourish.

But still quite disgusting and even more disturbing, the number of germs that were on my children’s hands BEFORE they got to the playground was VERY LARGE. I wonder if they brought more germs to the park than they took home. How would I measure that…?

The water and Norwex Liger? Virtually the same as not washing hands at all. It is marketed for kids to dry off their hands after washing, to get that extra few germs off. However, real hand washing for 20 seconds gets plenty of germs off while wiping hands on the Liger gets very few off.

Also unfortunately, and unexpectedly, I had to throw away the Liger. It was under my sink next to some other hand towels. Either a small amount of water got on them, or I put a few down there still damp, but they were all a bit smelly and the Liger had grown mold on it (yes, on it’s silver anti-bacterial fibers) and had molded my Time out for Women bag from Brenda. Which I also threw out. People need to stop buying me things.

In the Liger’s defense, not much can withstand Ohio summers. The heat and humidity is perfect growing conditions for all kinds of flora and fauna inside one’s house, and I have been waging a war with it for the past year and a half. It isn’t clear who is winning at the moment.

This isn’t as big of a problem in drier climates, and so it probably won’t mold somewhere else. Also, it was really effective at drying quickly. So if it’s marketed as a motivational quick-drying hand towel for children, I would say that if clean, wet children’s hands are the biggest problem in your life, please purchase the Liger.