Here are some more of our white boards in the last few months.

After NodeBots, which used a double elimination bracket, but before the Olympics, I taught the kids about tournament brackets. Here are some of their friends, facing off in a coin toss. Congratulations, Brett. 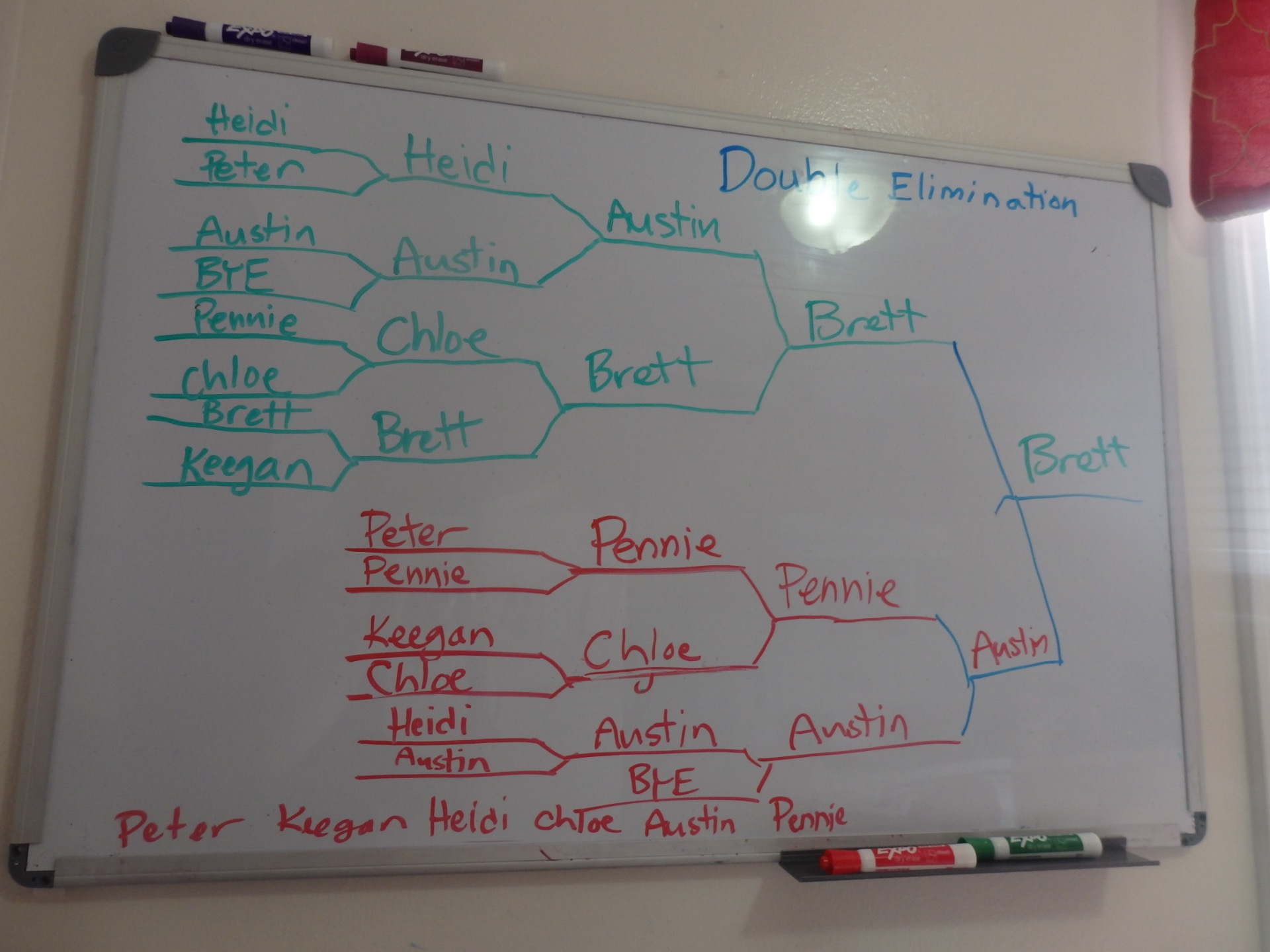 For Sports Week, we watched clips of the Olympics. The very first gymnastics vault they saw was where the French athlete vaulted and broke his leg. 90 degree angle in his shin. The kids didn’t understand what happened; they didn’t know at a glance where arms and legs should and shouldn’t bend.

Peter thought vaulting was awesome. He loves to be turned upside down and thrown, maybe he’ll like gymnastics. Which is a good sport for short boys. Except that gymnasts break their legs in nasty ways.

Here are some vocab words for the kids to read. Heidi had the left side, Peter the right. 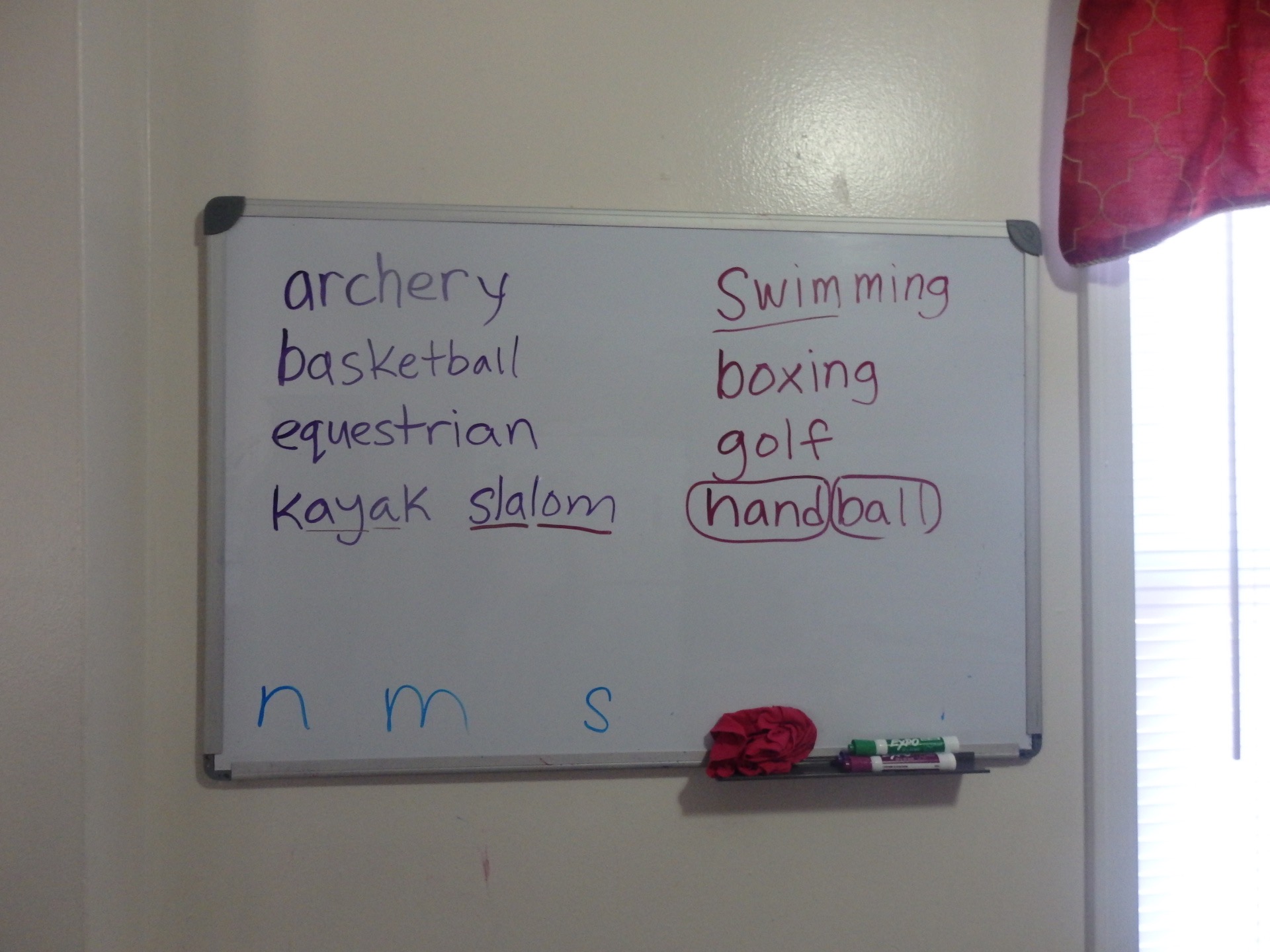 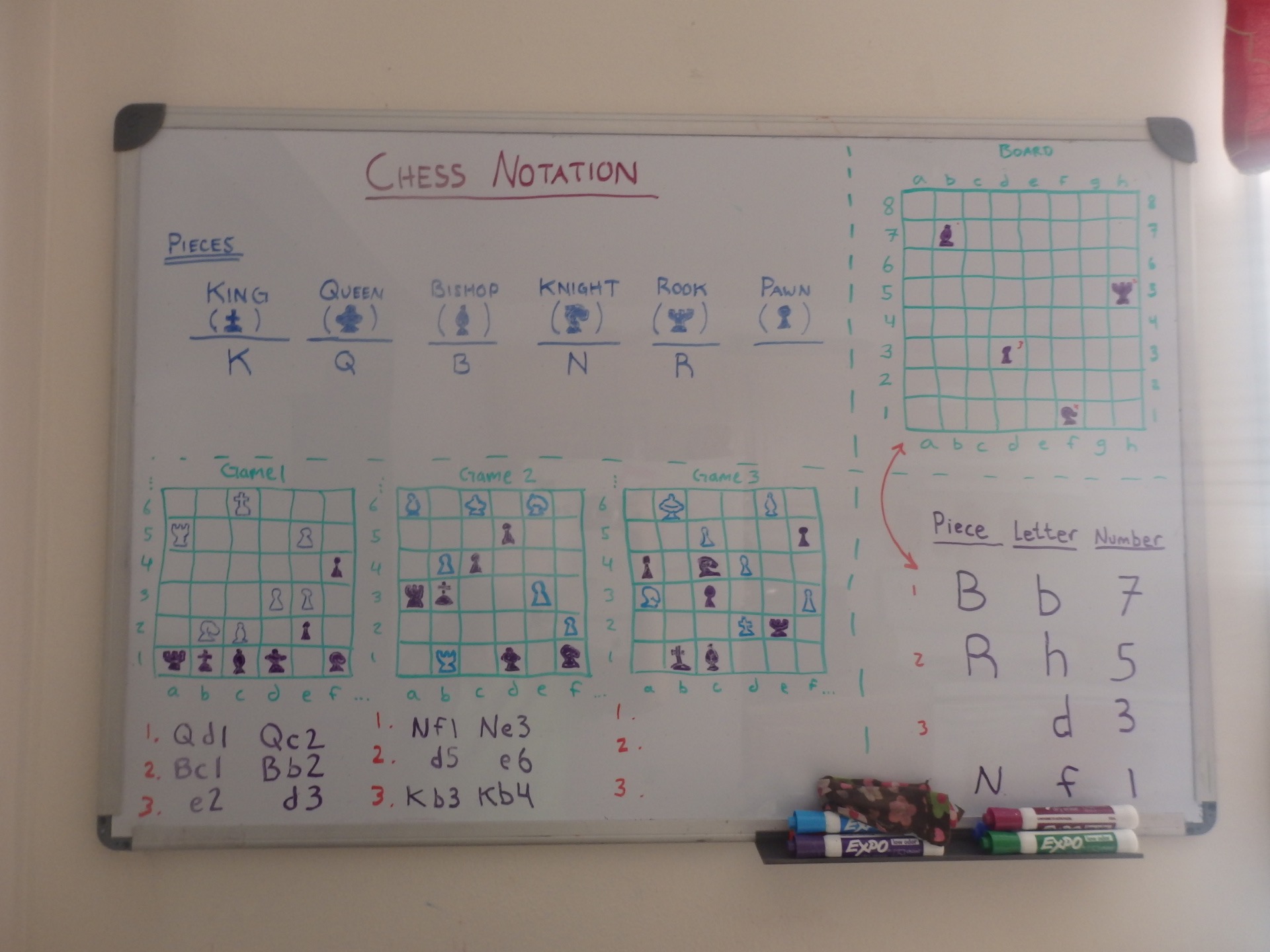 This was also Bryan’s. The family became smaller and smaller to learn what numbers are between the counting numbers. Heidi struggled with this because she chose to be the ladybug and then I chose to be the butterfly and she was extremely jealous. 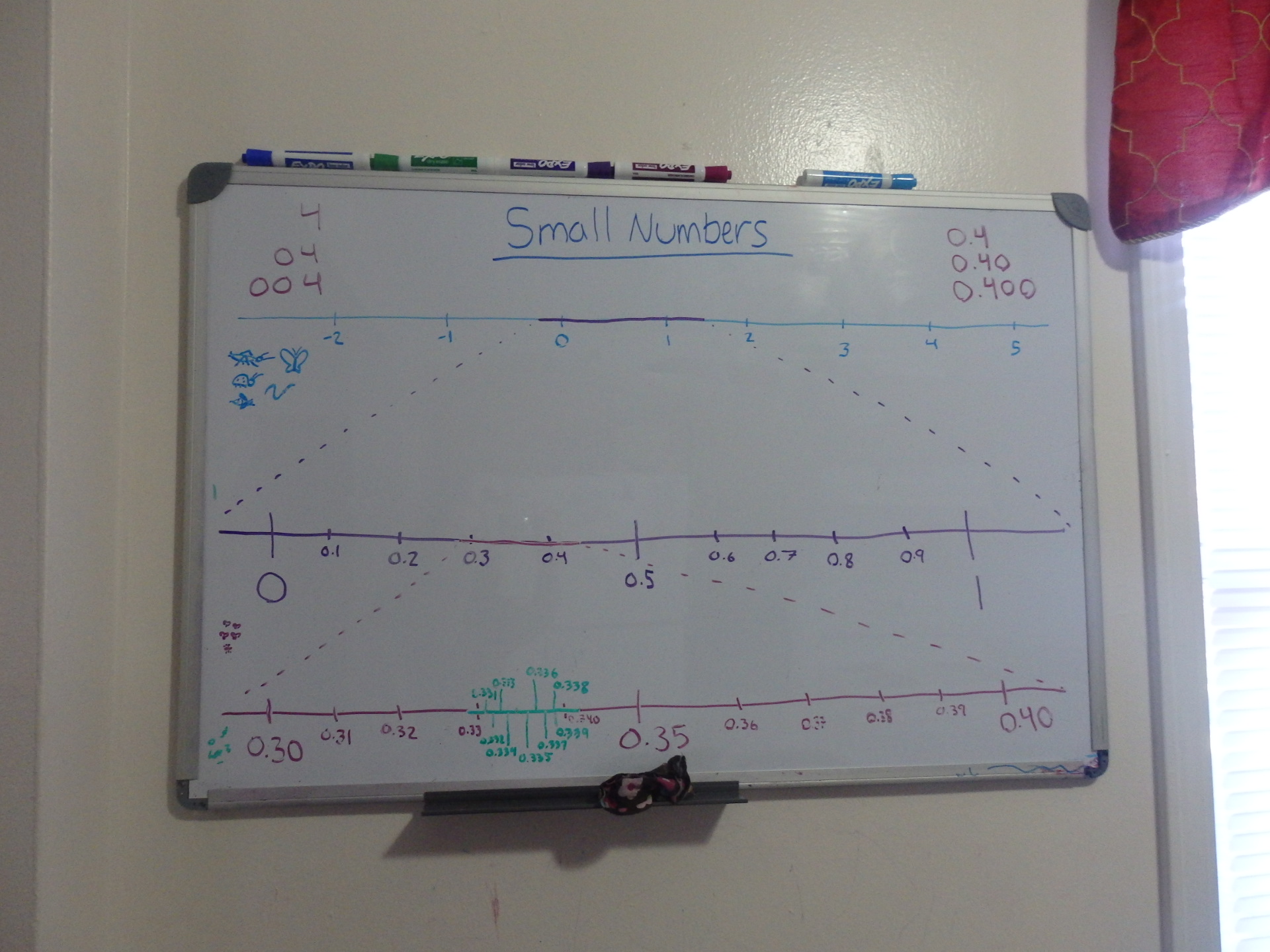 Here’s a lesson on squares and square roots. 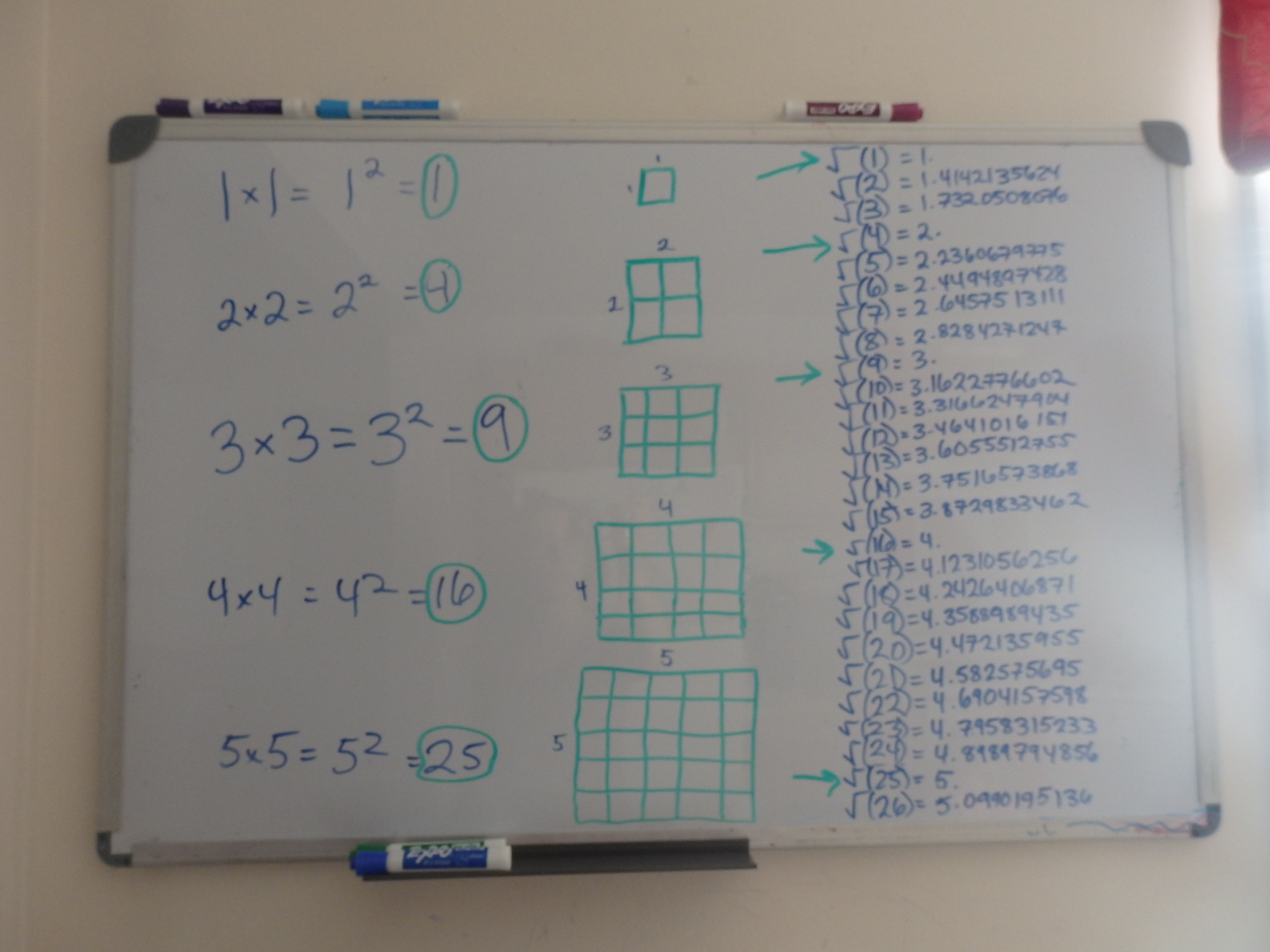 Heidi filled in all the blanks correctly. 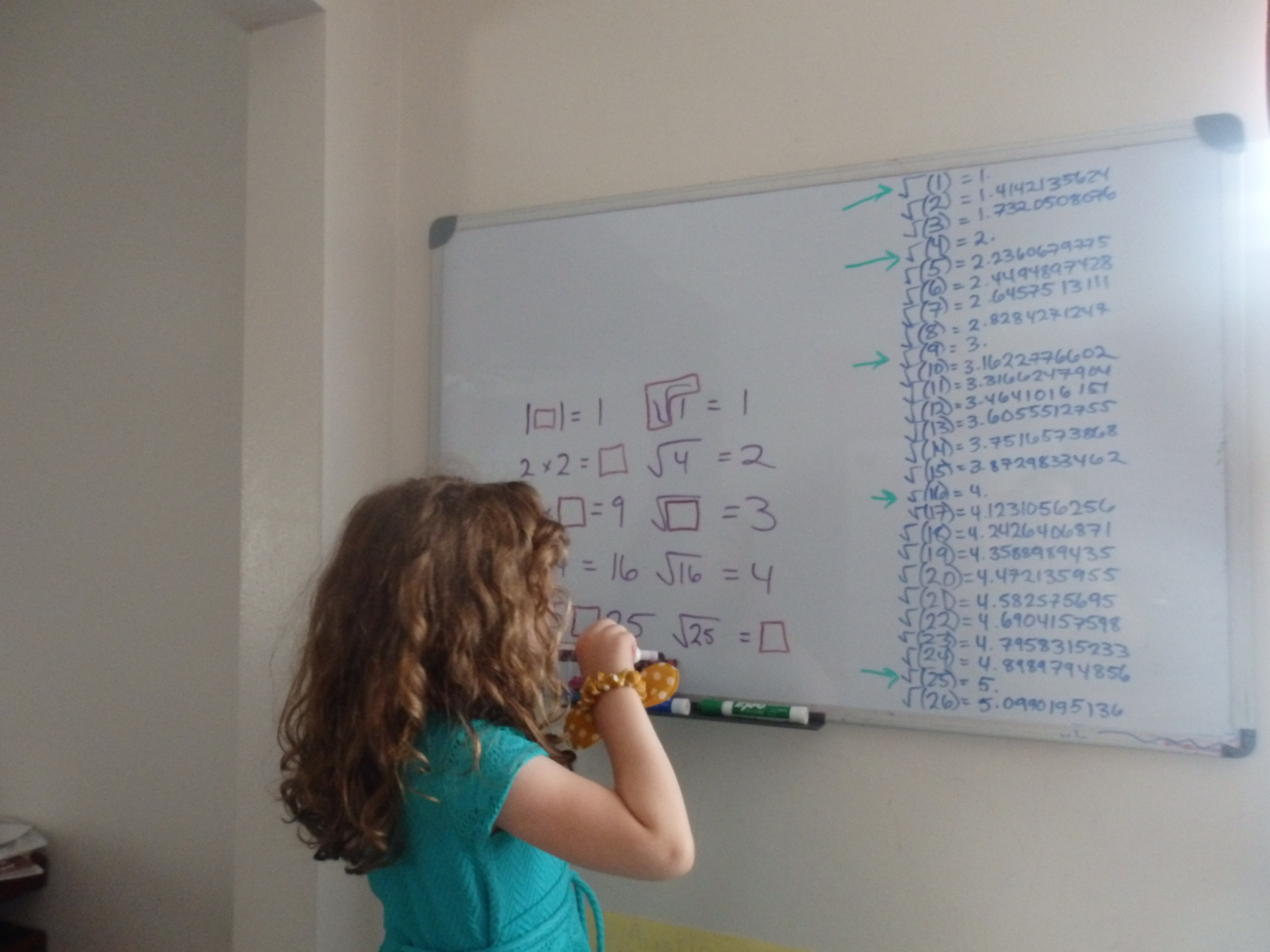 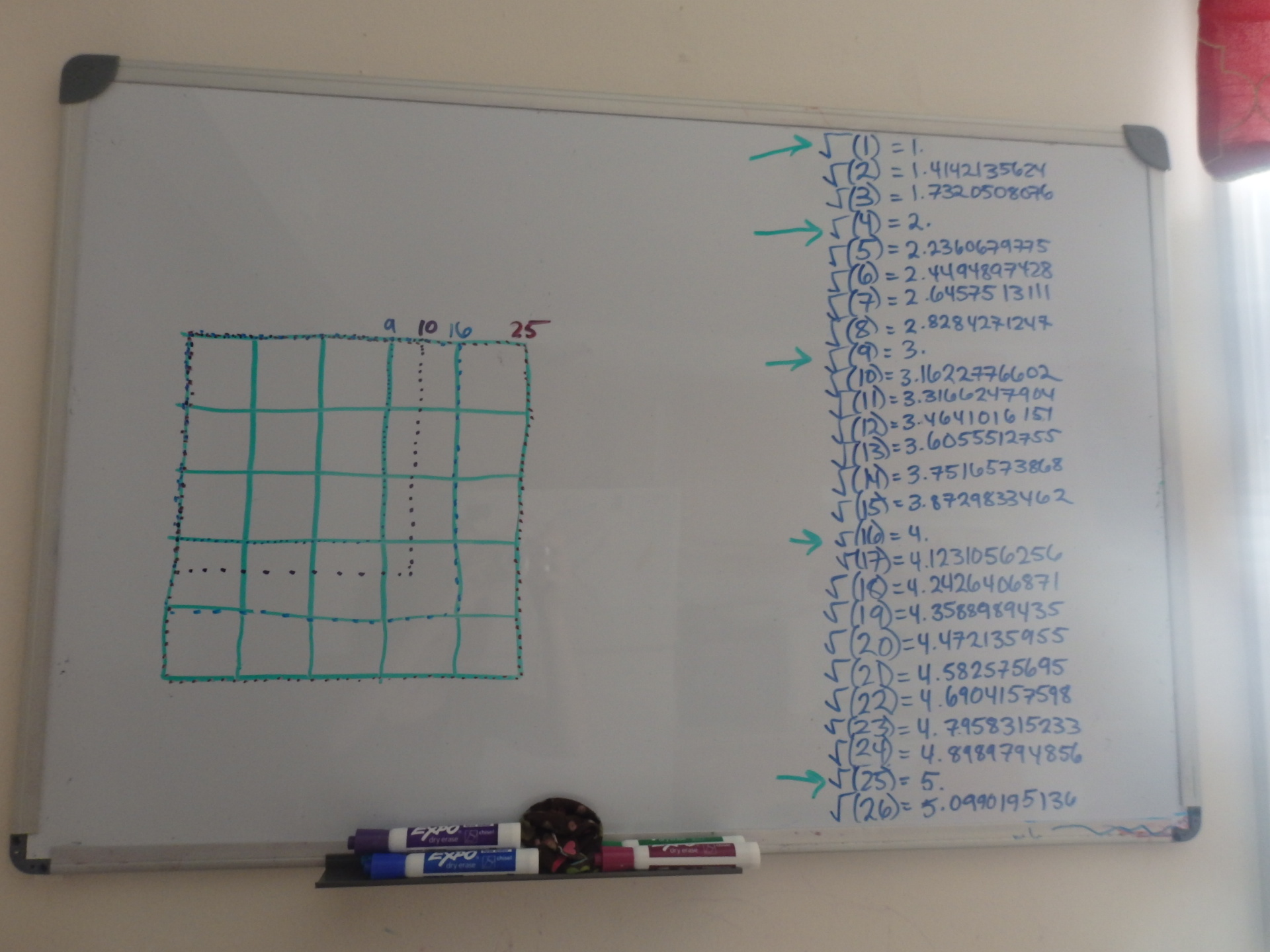 I got obsessed with the app Sumaze, which is so fun. I was going through the levels with Heidi and Peter, and I was trying to explain why a negative times a positive is a negative. They know that a positive minus a larger number is a hole, and that 2 holes 3 boxes deep filled up 6 boxes of dirt (which we gave away, and that’s why it’s negative). But what does a negative pile of holes look like? 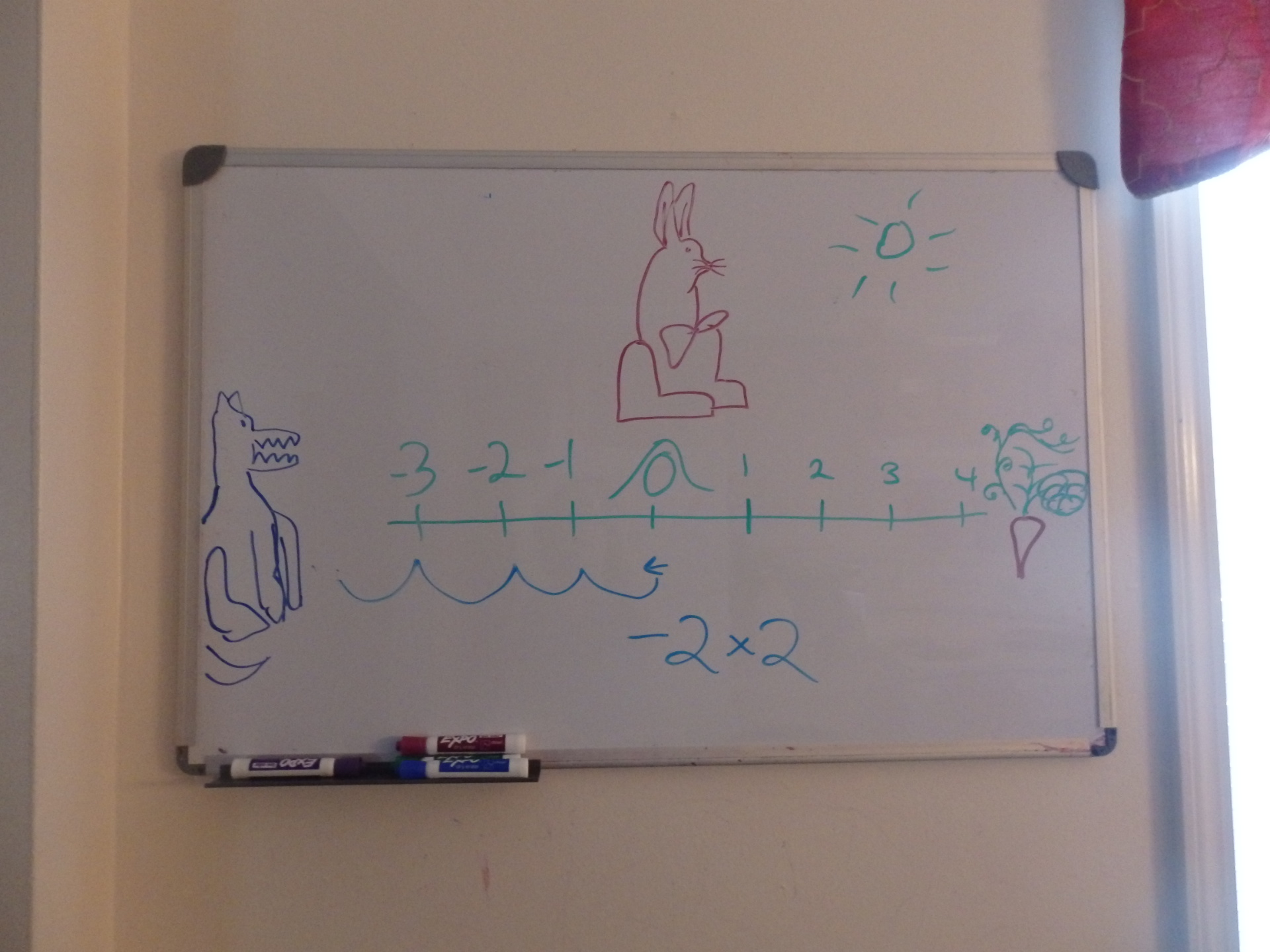 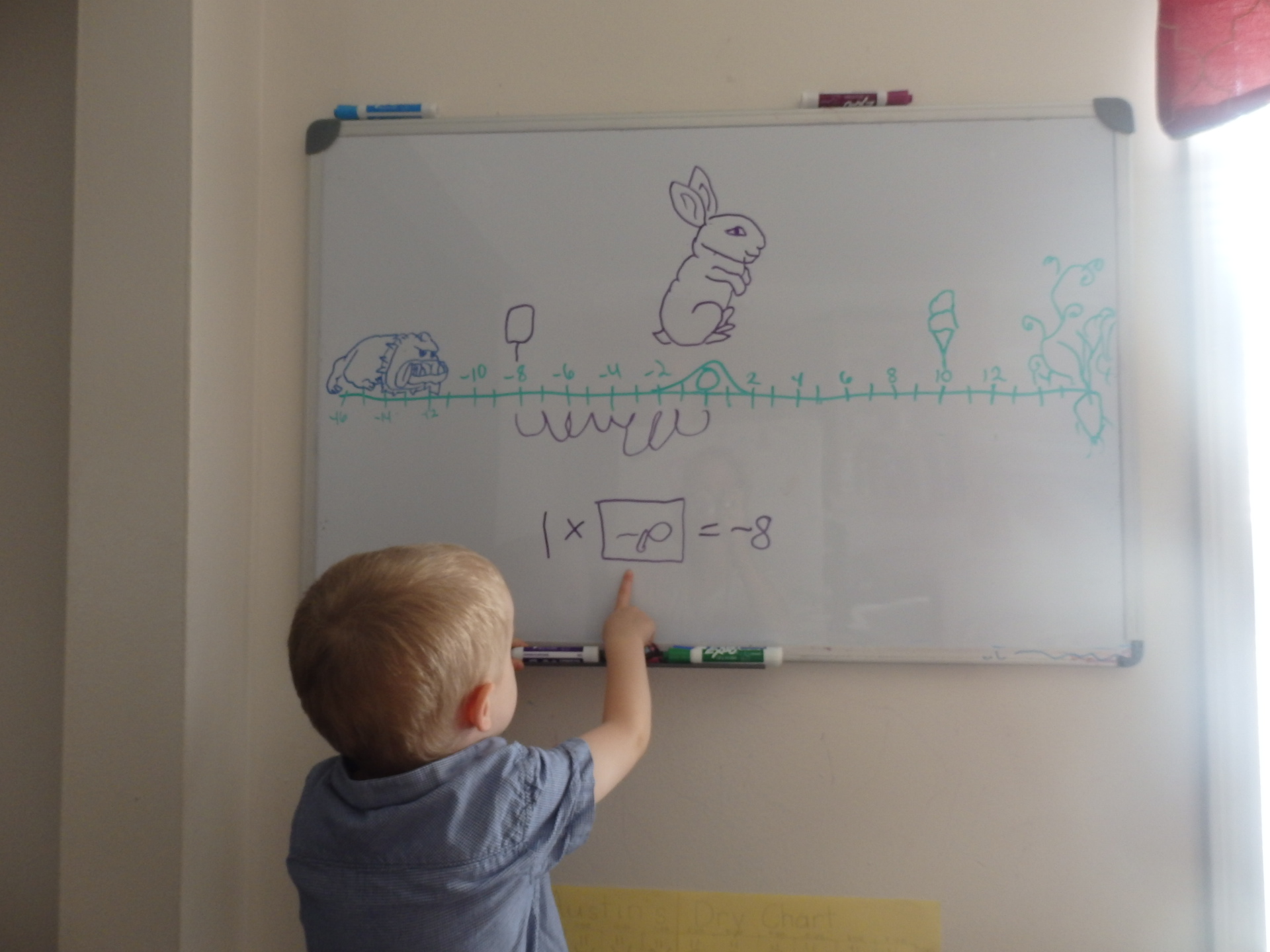 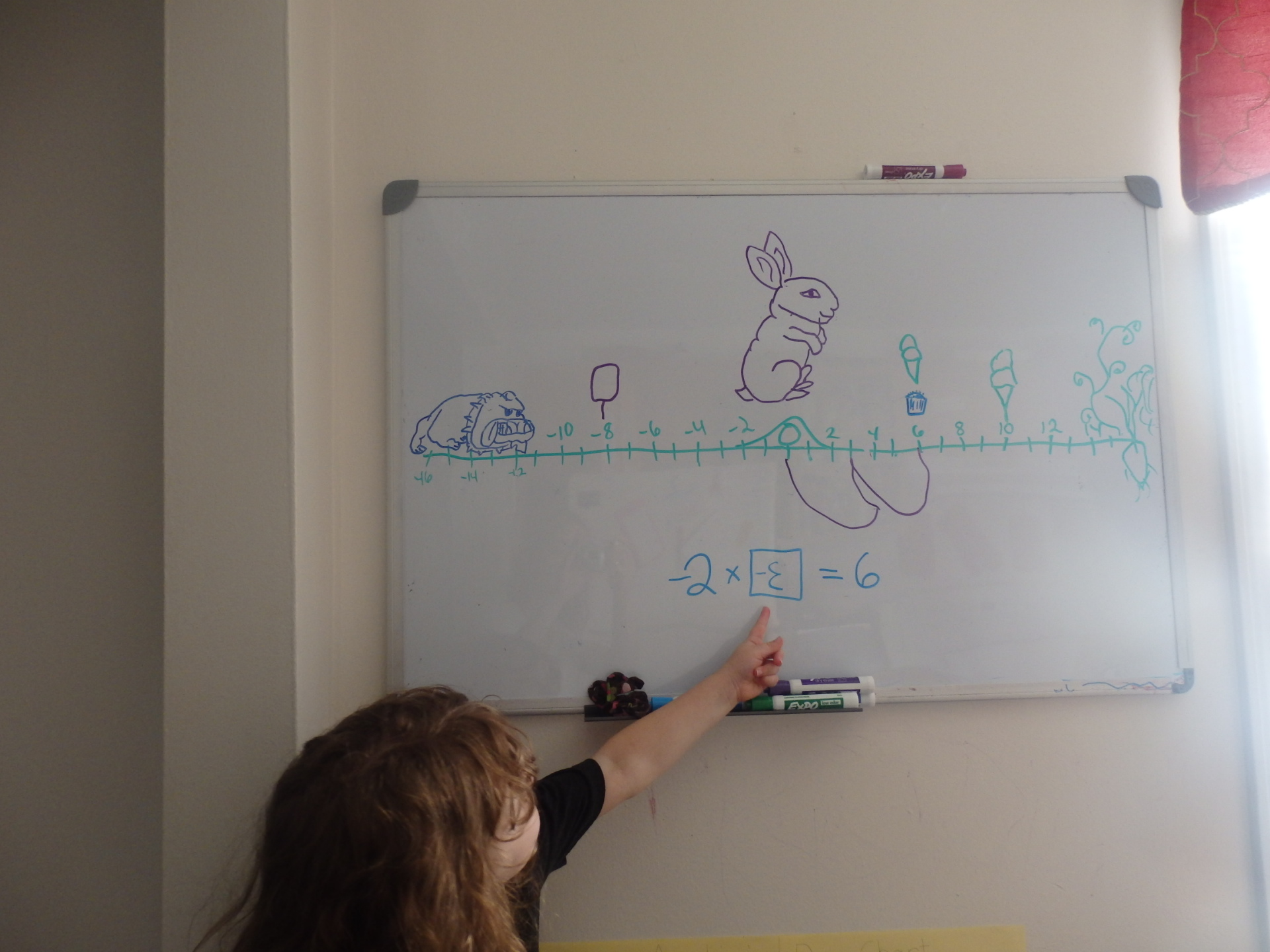 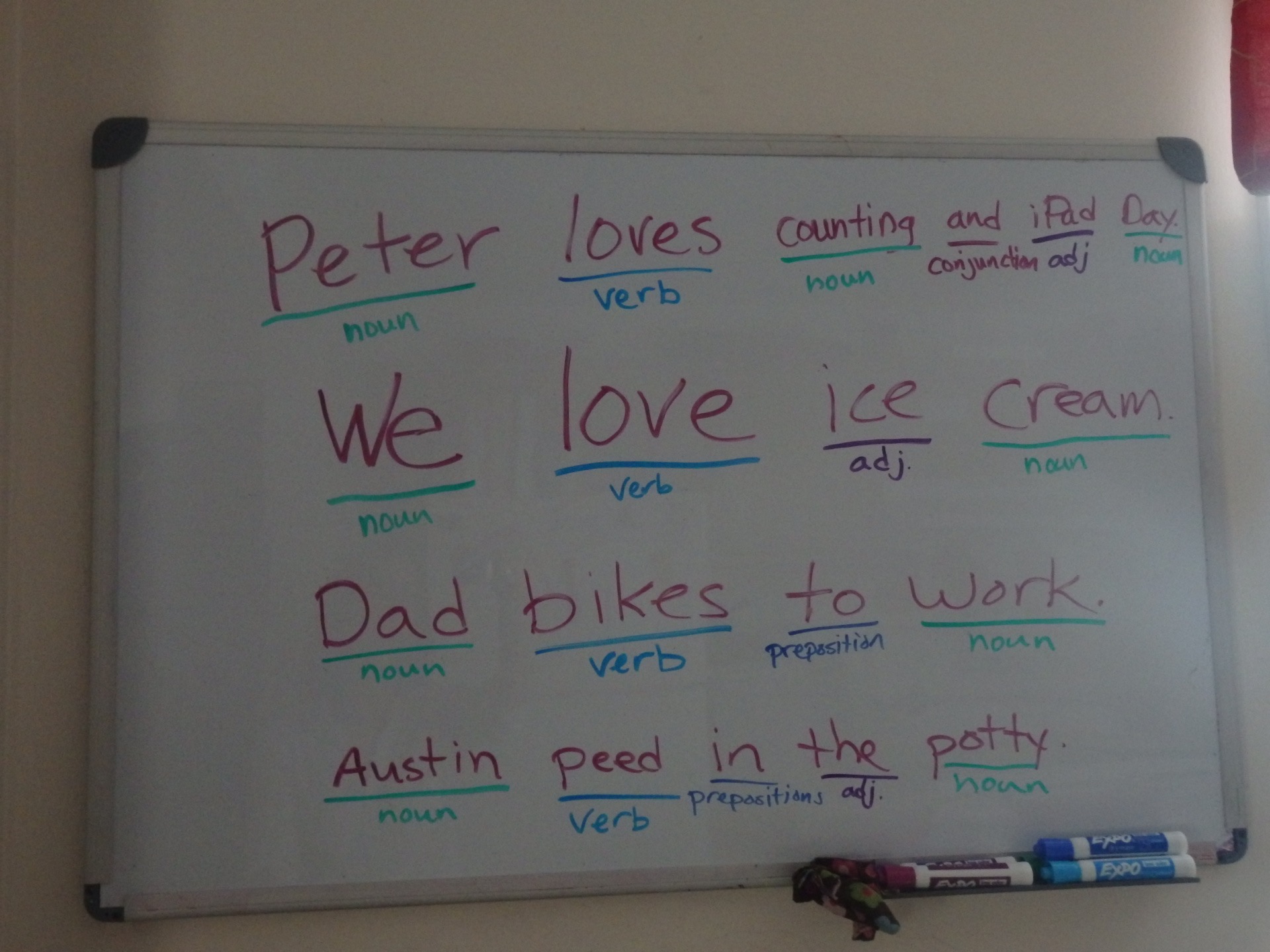 Which is all true. How do you get boys to poop in the potty? He just stopped pooping. 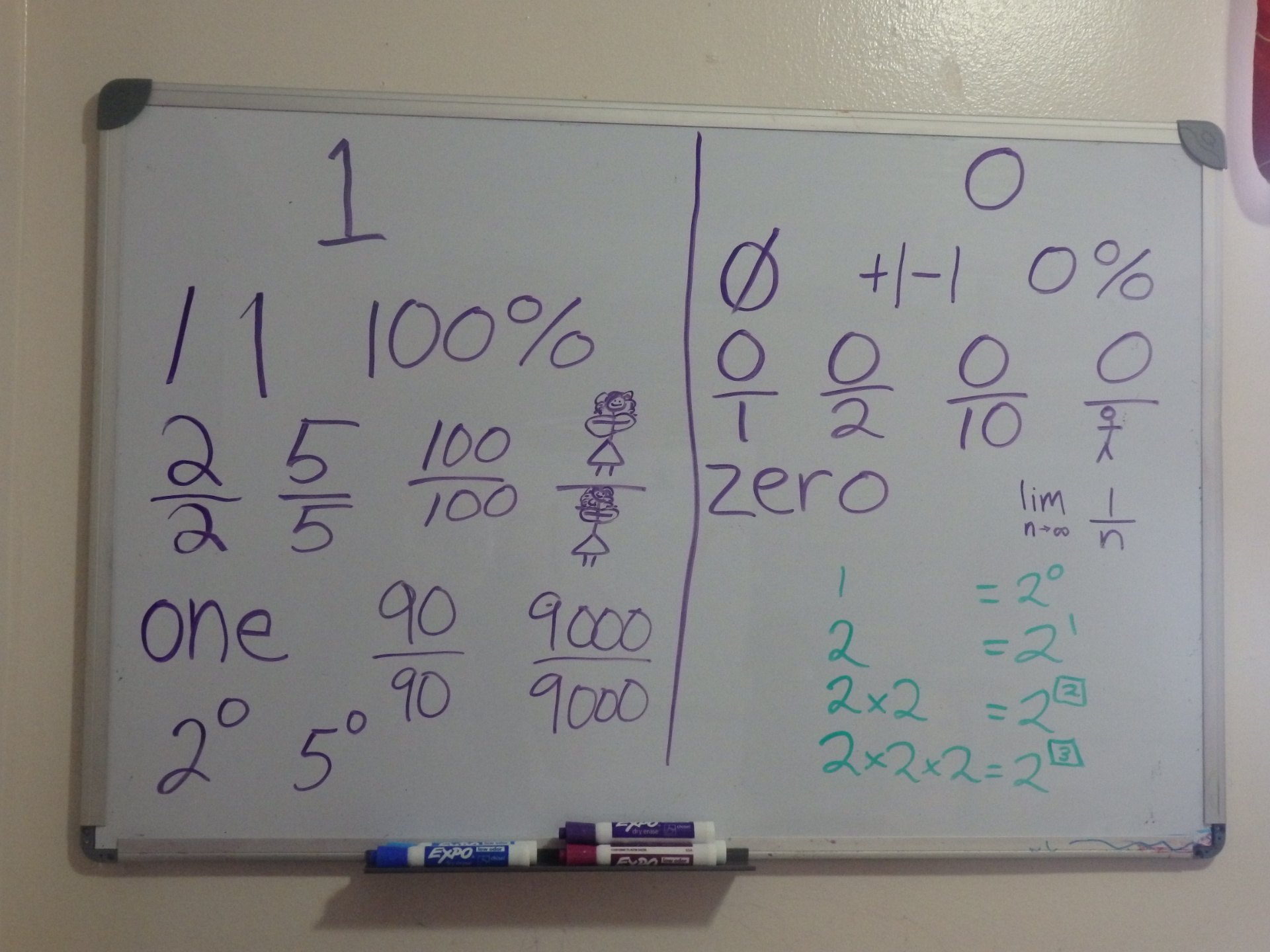 Heidi and Peter are showing you which problems they completed. 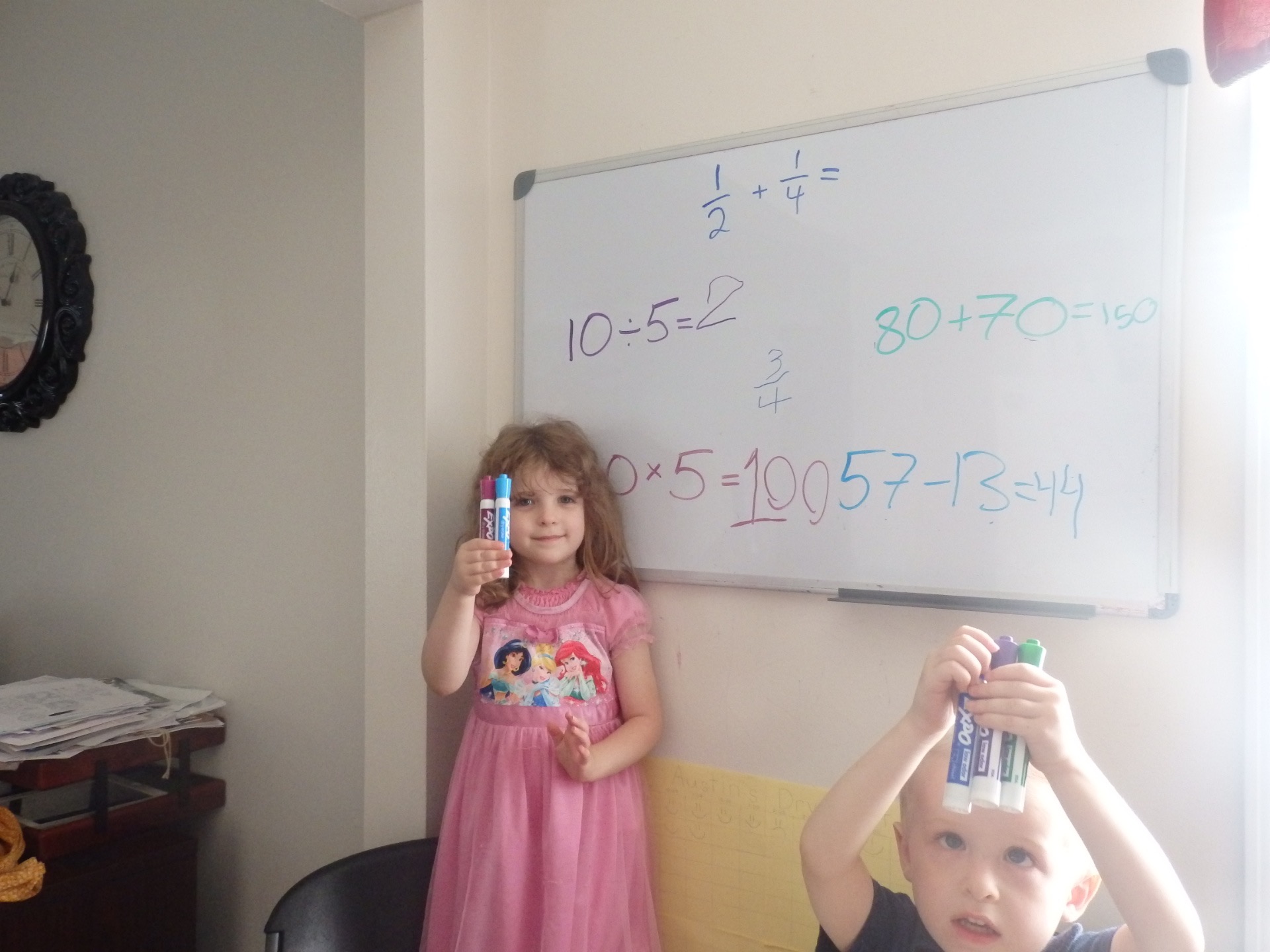 In a lesson on absolute vs. relative directions, I stapled bracelets around their wrists which told them which was the left and the right. I taped papers to the wall saying north, south, east and west. Showing that some directions change based on where you face, and some don’t. 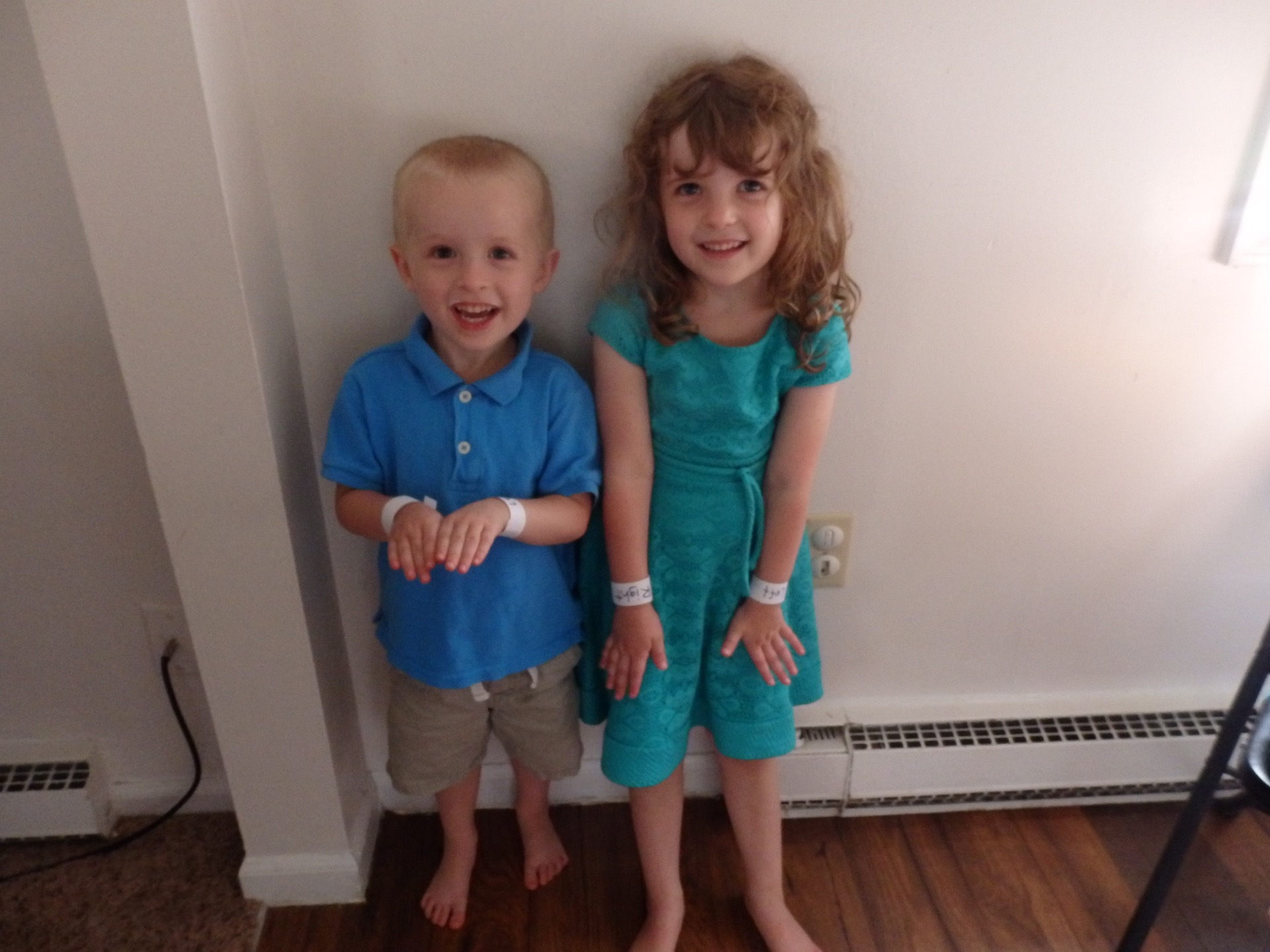 Peter gets all of his lefts and rights wrong. I know he knows which is which because he gets literally 100% of my questions wrong. If he didn’t know, it would be like 45% wrong or something. I hope he doesn’t play this game when he goes to school.

This is how I get Heidi to practice spelling and handwriting. Also by using girly colors of markers to trace over. She doesn’t naturally take to spelling, and I smell a weakness she’ll struggle with in school.

I also smell a weakness in Peter for word problems. He is stuck on them in Khan Academy. The boy just started to read Mo Willems, so I’ll give him a break for a while. I was always good at word problems, and judged kids who weren’t. I’d think to myself, just read the words, think about it, understand it, and then do it! So if you have struggled with word problems and have some tips on how to help me help Peter, he would appreciate it.