Bryan’s work sponsored a robot building day. The robots were theoretically programmable. (I did not get that far.)

I really wanted to go, but bringing the whole family would have been a disaster, so Bryan let me take just Heidi. He’s nice. He explained himself to his coworkers by saying I like hardware more than he does. Which is true. 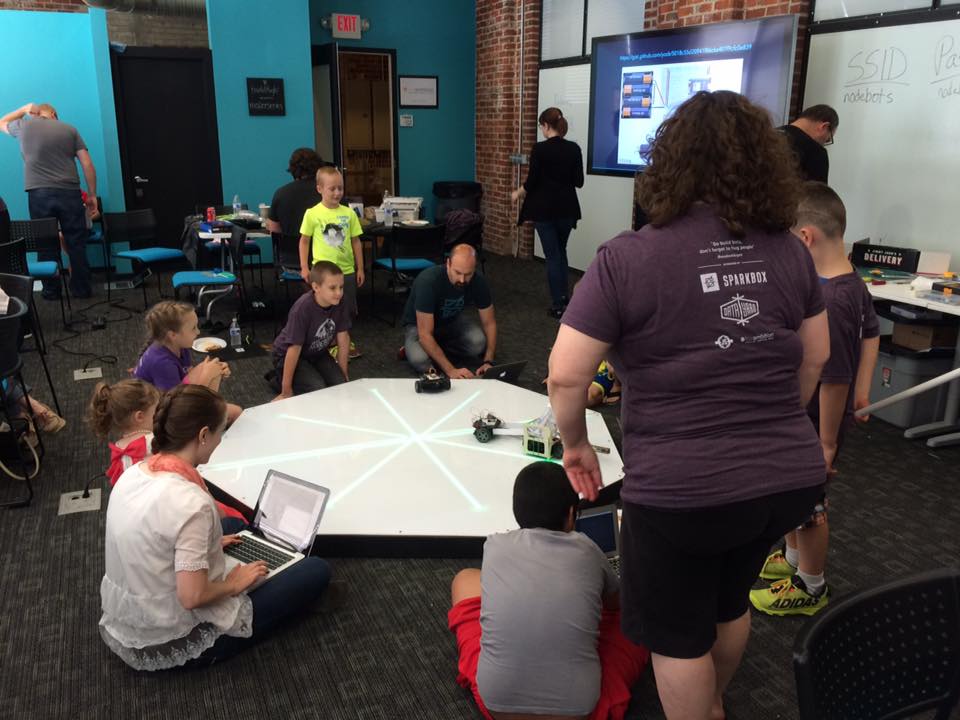 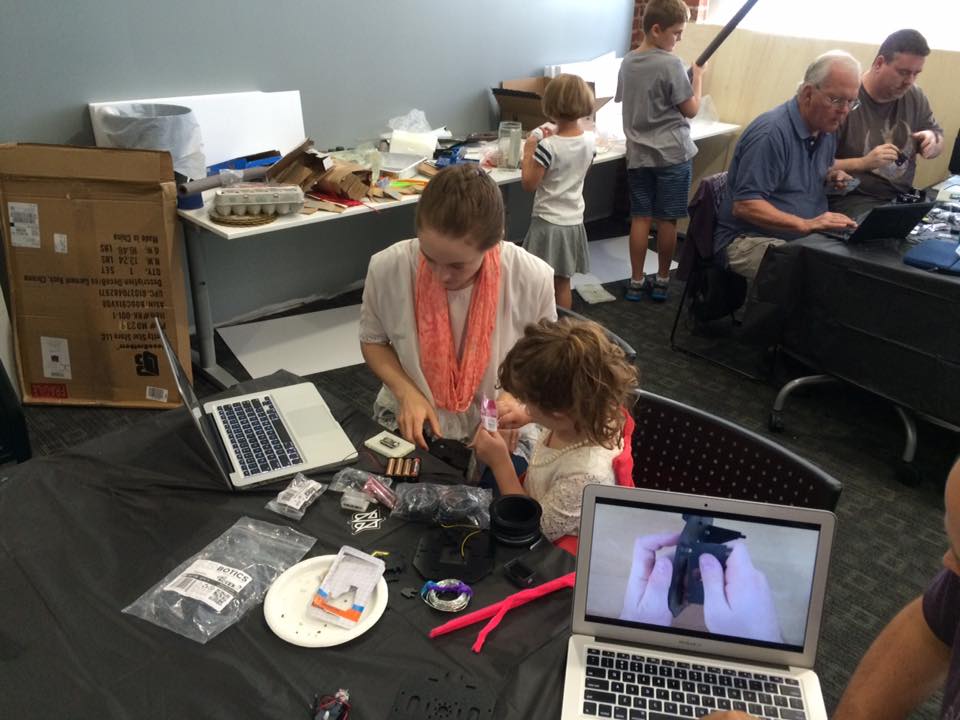 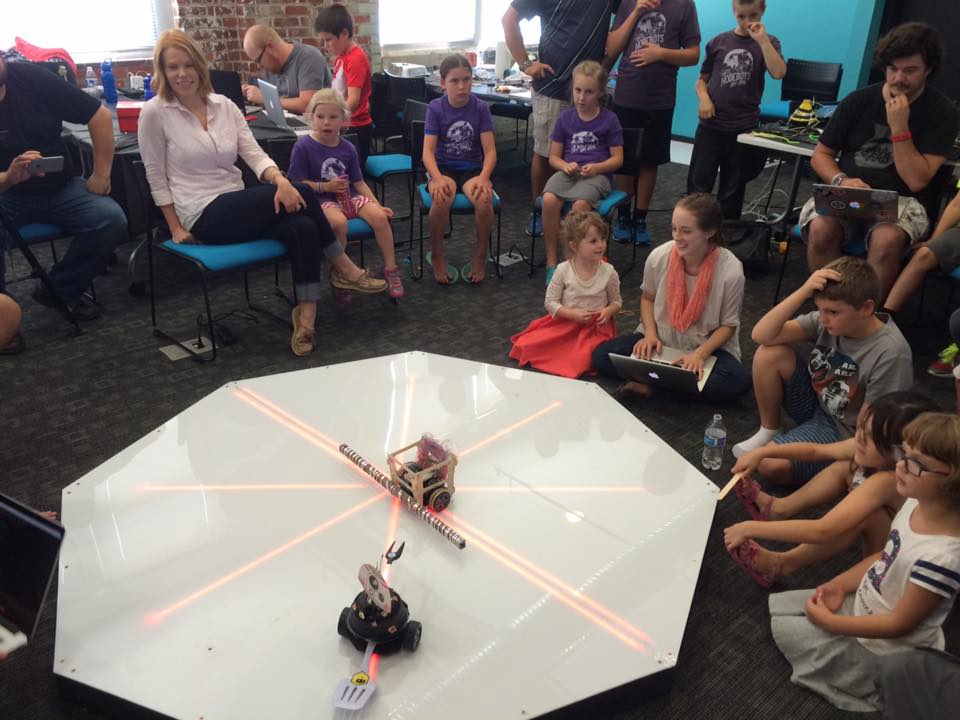 And then we won two or three matches. We mostly just didn’t self-destruct like the other younger kids’ robots. One drove right off the arena, one drove too near the edge and we pushed them off, another stopped functioning and we just drove to the middle (if neither robot fell off the platform, then the one closest to the center won). 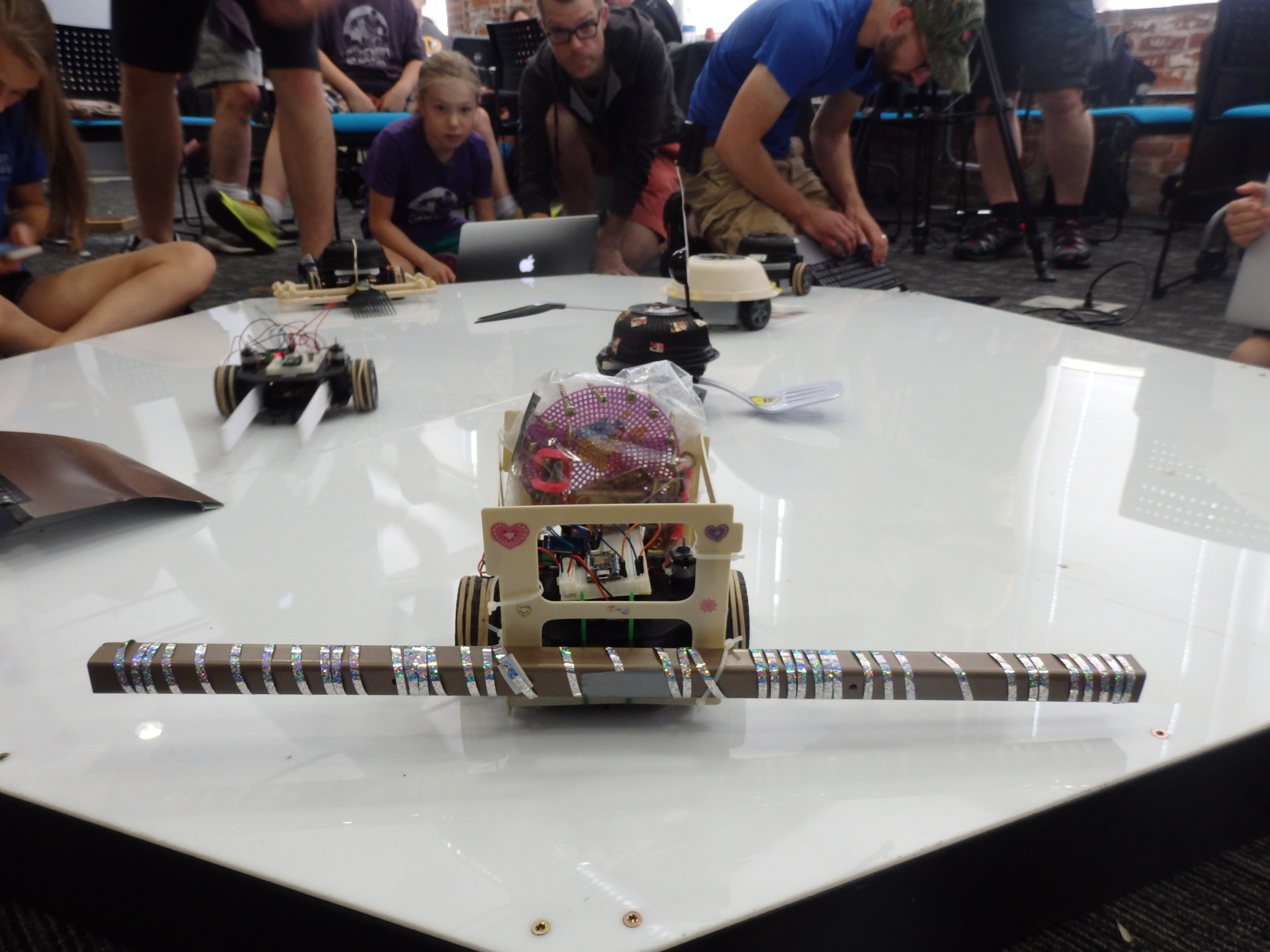 My plan with the bar was to be really heavy (we were within a gram or two of the 1 kg weight limit). I also had visions of swinging that arm around and pushing the other robot right off. The visions were so epic.

That bag contains extra random hardware I found on the table to increase weight. It also was to counterbalance the bar at the front. Without it, the bot leaned too far forward and put too much weight on the corner of that box I built into the ground and I got stuck.

One of the problems the kids were having was that the code that someone wrote last year (and gave to everyone for free which was super nice because I would have been literally nowhere) made the robot go straight, or turn, or backup, until it got another command. So kids would spin and spin and spin or drive and drive and drive before they could react. My robot was heavy enough that it spun really slowly, and I could control it well.

Although, not as well as this opponent. 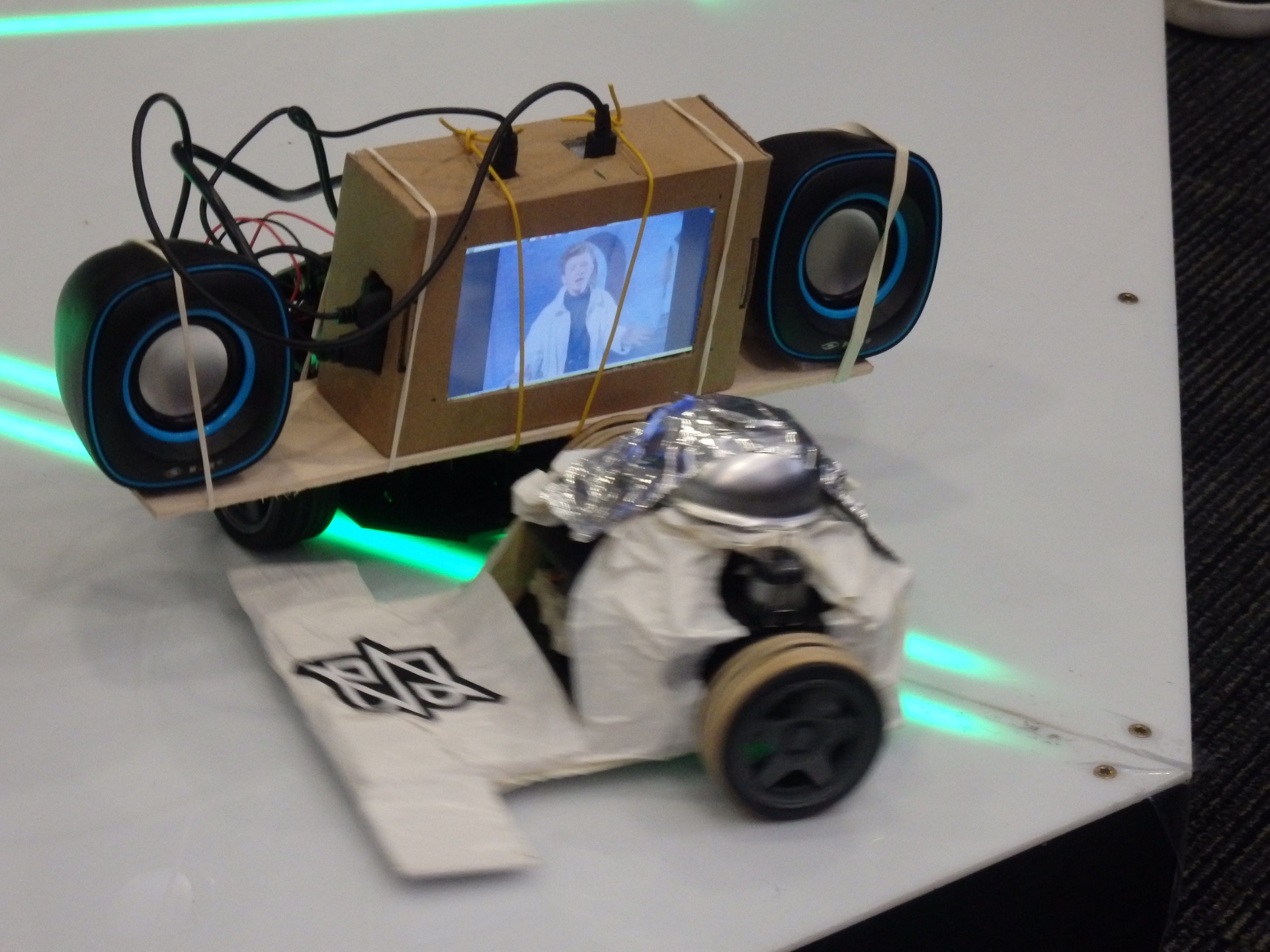 I came against two grown men who brought their own components, which I didn’t know was thing. If I had known I could… I would have had no idea what to bring or what to do with it. They also were right to the weight limit although since they didn’t have lots of weight outside their wheels they could control their bot better than I could. Which was somehow routed to an xbox controller instead of their laptop.

I think my counterweight shifted and so I was getting stuck. I would just get inches away from the center and he would not give the ground back.

The worst part was something I didn’t realize at the time. The sole purpose of those speakers and screens was to reference an internet prank. You post a comment on a forum or something, with a link. When people click it, they are sent to a certain music video by Rick Astley. It’s called being rick-rolled, and you feel ridiculous when it happens to you.

Well, it happened to me.