I biffed it this year. I didn’t want to spend the money on a store bought costume, because I thought I could save money by DIYing it. So I had one evening to get everything I needed. I ran to JoAnn’s and Walmart and grabbed everything I thought I needed without thinking too much or calculating dollars per yard…

Yeah. I spent two or three times more than even complete store bought costumes. And it did not turn out two or three times as cute. I mean, my kids are super adorable, and Heidi likes her princess braid, but… yeah. They’re just a few accessories over Sunday clothes.

I will be making different Halloween costume building choices next year.

But here we are. Heidi is a princess (sometimes she pretended to be Elsa, sometimes Rapunzel…), Peter is a prince (unlike most days when they pretend he’s Anna and he insists he’s the sister), and Austin is the dragon. I was going for Queen. Heidi calls me the queen. “Good night, Queen.” It’s the best. Anyway, we were at the mall for an event, and so I stashed the headband in my pocket and the scarf could pass as normal clothes. Just in case the other parents’ weren’t dressed up, I wouldn’t look like a doofus. 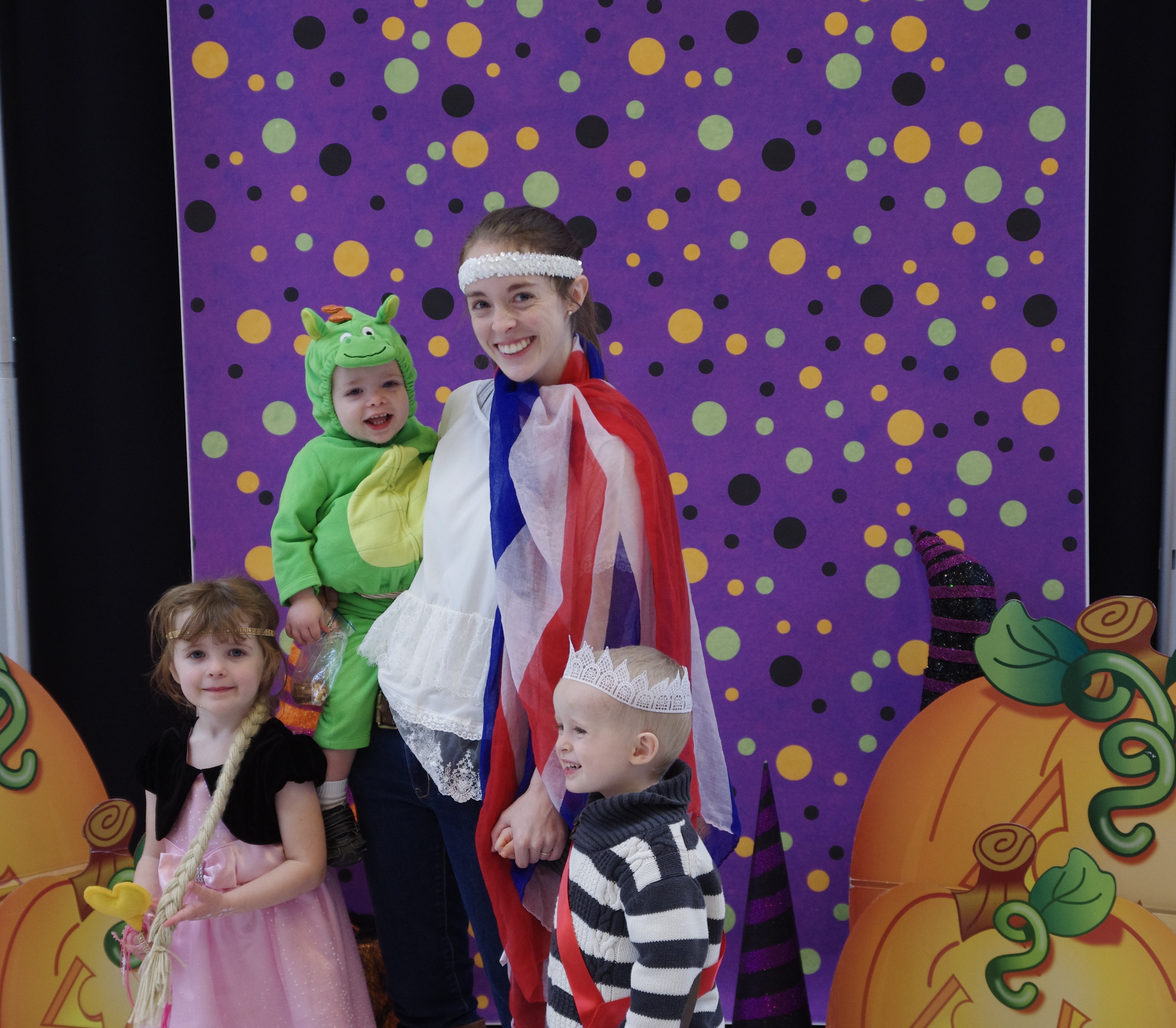