So one free class I’m taking on Coursera is about water and sanitation in developing nations. Five million people will die this year from water-related diseases. That’s five Hurricane Katrina’s every day. Or a World Trade Center every four hours. And (we think) 2.5 million have died from coronavirus so far (it’s possible developing nations aren’t reporting enough deaths because they’re too busy trying not to die).

Water, Sanitation, and Hygiene (WASH) is a huge issue. It’s just so tough to solve this problem.

This week the video was about corruption. Nations with the most corruption have the worst water service. Officials take bribes to expedite service or ignore illegal pipe connections. Officials turn around and pay for promotions or transfers to a better position. Or they can pay for someone else to be transferred out of a good position. Contractors pay kickbacks to politicians who choose their bid, then use substandard materials and pocket the difference. And the contractors pay officials not to notice.

So instead of using piped water, people walk to get it themselves or they pay someone to cart it by the jug.

The whole city is full of bandits and bureaucrats. 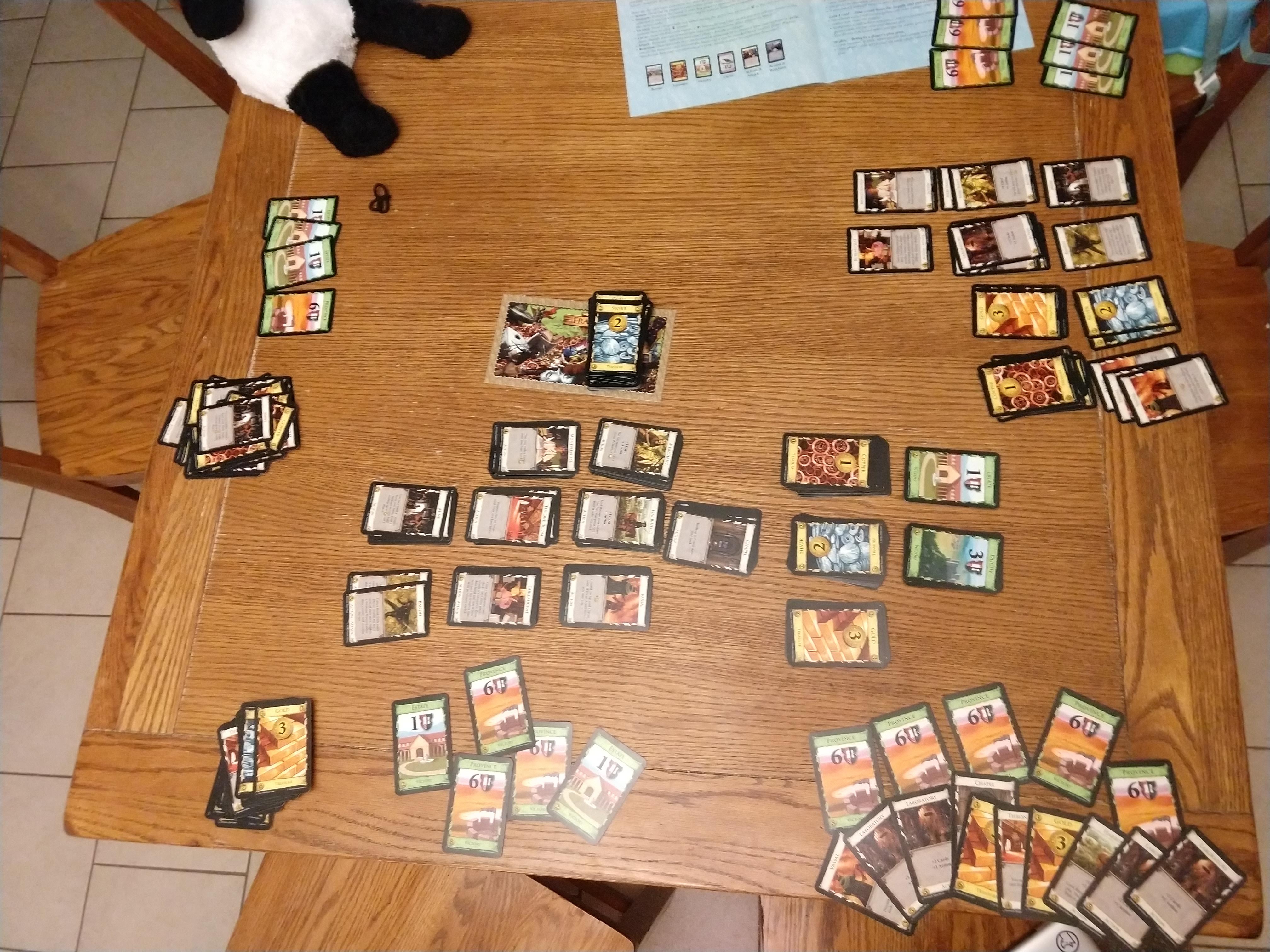 Tonight we played Dominion for our family activity (kids who showered and did their laundry got a ticket to play.) We played the Silver and Gold set. It was an interesting game because the Bandit card was available. (When you buy a card it goes into your deck.) The person who plays a Bandit gets a free gold, but everyone else has to throw away a silver or gold of their own. If one person is buying bandits, the other players need to buy bandits also, or lose the game.

Bureaucrats were also available. (A player wins in Dominion when they have the most victory points, but each victory point card in your hand is not a useful card to help get more victory points.) Whoever plays a bureaucrat gets a silver. Everyone else takes victory points out of their hand and puts them back on the top of their deck to dilute their next turn also.

Very quickly I saw where this game was going. Soon we will be overrun with bandits and bureaucrats. Gold and silver will be rare, but the game will be full of almost-useless coppers.

An interesting card part of this set was the Chapel. It allows you to trash some cards for the rest of the game. I used it to trash my coppers once I had better coins. And I predicted that we all would get so sick of bandits that we, as a group, would agree to Chapel all our Bandits. Bryan scoffed. He said anyone who did that would lose the game. (He makes it a point to always play to win, even if playing against a child. That way, when they do win, they feel like they have actually achieved something. Also, it’s awkward when a parent is playing with two children and is in the habit of letting a child win… yeah. Only one child can win.)

I backed off my idea of us coming together and clearing out the bandits. But Heidi took it to heart. She held her chin high and Chapelled those Bandits. She cleared them out of her Dominion. I followed her example, eventually.

But I also gathered up tons of Laboratories, which would let me draw two extra cards from my deck. By chaining those cards, I could cycle through my whole deck and find all my golds to buy victory points. I had trashed weak cards so every turn I had enough coins to get that Province. And I won!

I used religion to clean out corruption and I used science to make progress. My Dominion deck was a wonderful place to be. This kind of lesson is not going to be very persuasive to the UN… but I can wonder about it in my heart, like a beautiful dream.

Science and relgion… not a conflict but a two-part plan for prosperity and happiness.