When doing family history research, you might find a source with the correct name, in about the right place, at about the right time. How do you know if it’s your ancestor’s document?

First you need data. Go up and tap on the word “Search.”

On the drop down menu, click “records.” We want to search the records.

Put in the first and last names of your ancestor. Probably skip their middle name.

Also restrict the records by “Type.”

Click the checkbox “Census” because we want to know how many Americans have the same name.

After you get results, click on the tab called “Collections.”

Check the box on the census you want to search. 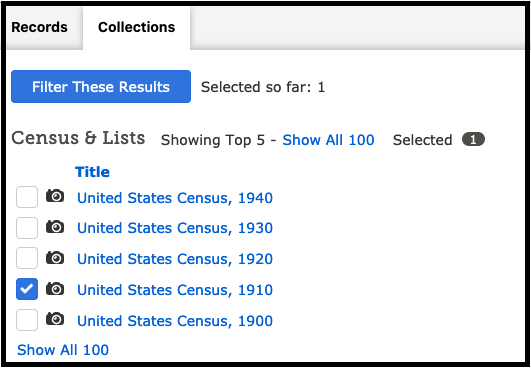 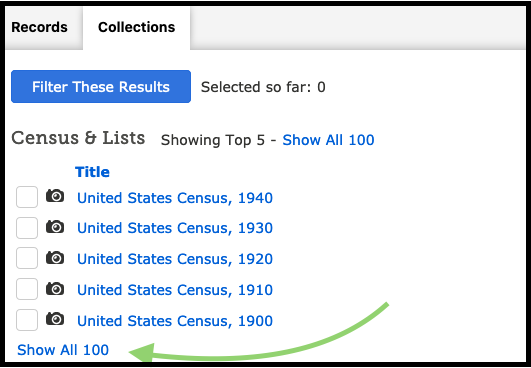 Let’s use an example. Familysearch wanted me to attach a record to someone named Robert Shoemaker. I don’t know how I am related to him. I searched the census to see how many other Robert Shoemakers were in the United States in 1910. There were 270. Then I narrowed it down by state; there were 30 Robert Shoemakers in Kansas in 110. Then I filtered results by those individuals who were born +/- 5 years of what the record says. There was only one person with the same name of the same age in the whole state.

This one was easy since the record had the same name and the birth date and death date were precise to the day.

What about when it’s not so easy?

The next record familysearch wanted me to look at had the same name but the birth is one year off. Also, familysearch has no record of who his family members are. What is the probability that this record refers to the same Richard F Yates?

Can you imagine doing this kind of research before records were indexed?