During meals, Bryan and I like to construct overarching diagrams that we hope the kids use to construct models in their head of the world. 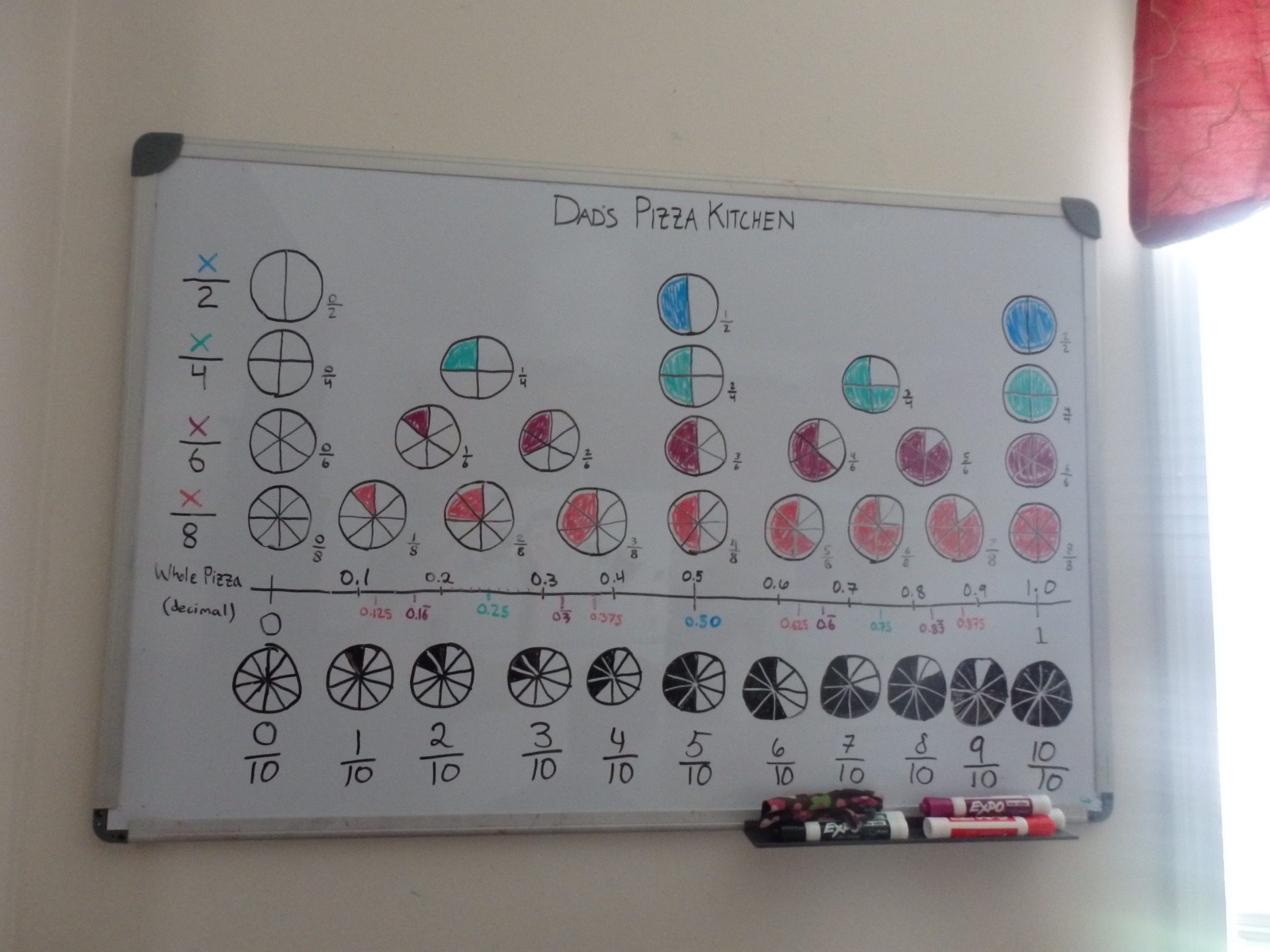 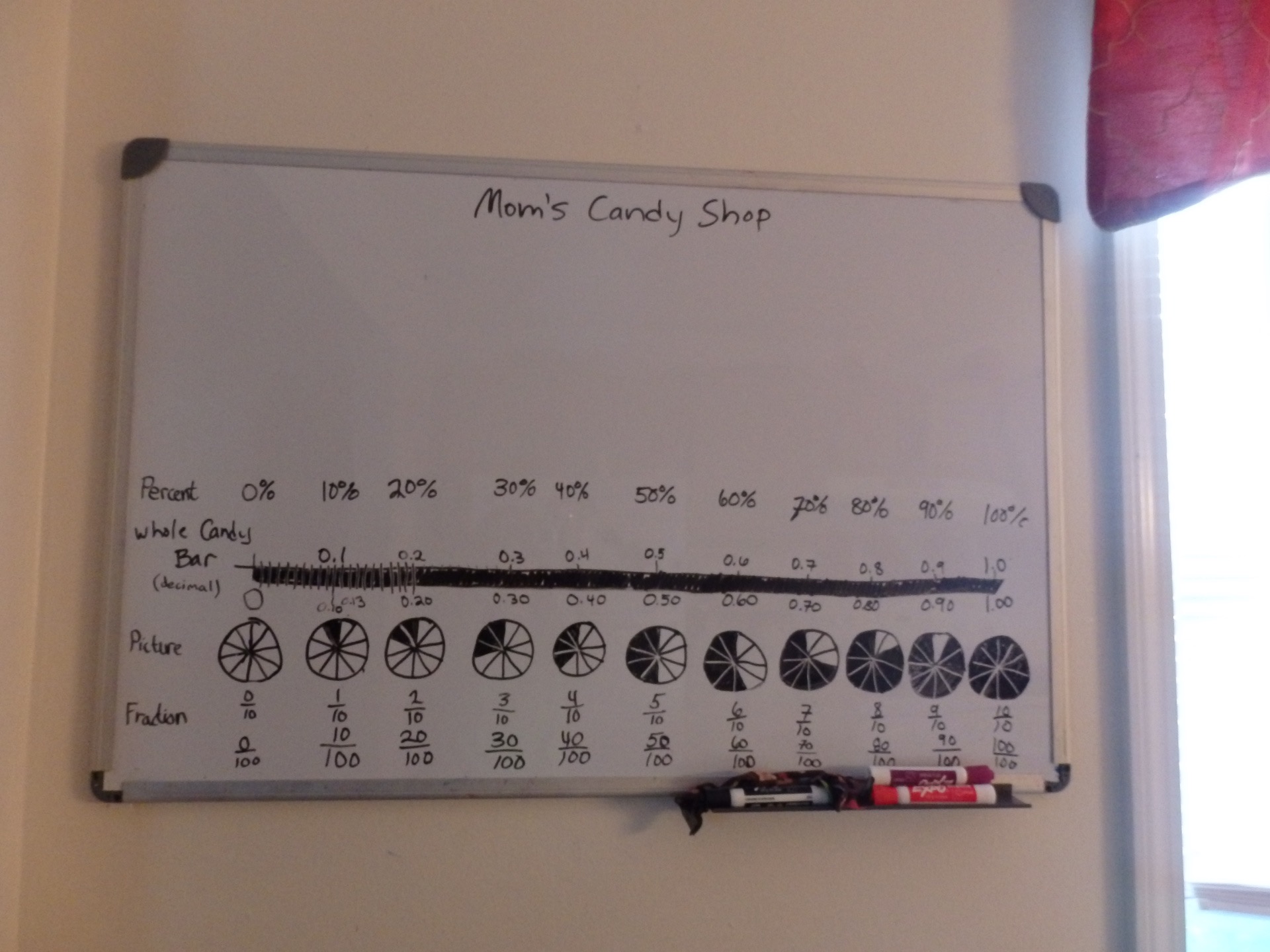 We construct these over days, and then do problems with them. Fairies were allowed to visit Dad’s Pizza Kitchen and order how much pizza they wanted. We compared and added and subtracted fractions. Until one day Mr. D from the United Decimals of America came to Dad’s Pizza Kitchen, who didn’t understand fractions and got very cranky when you spoke to him in fractions. So you have to translate to decimal.