My kids mix up their b’s and d’s, and their S’s and 2’s. I hear it’s common in young children. The letters are ridiculously close to each other and it takes some kids longer than others to decipher them. It’s normal to confuse them as a preschooler, but not normal in school.

I figured out a way to help them remember which is which.

When the kids were little, I’d pick them up for bedtime and chant, “Buh! Eh! Duh!” Getting faster and faster until it blended to “bed.” It was silly, and fun for them. A side benefit is that they know the sounds in “bed.”

When they start trying to read, and I see that they have difficulty deciding between “buh” and “duh,” I have them make a little bed with their hands: 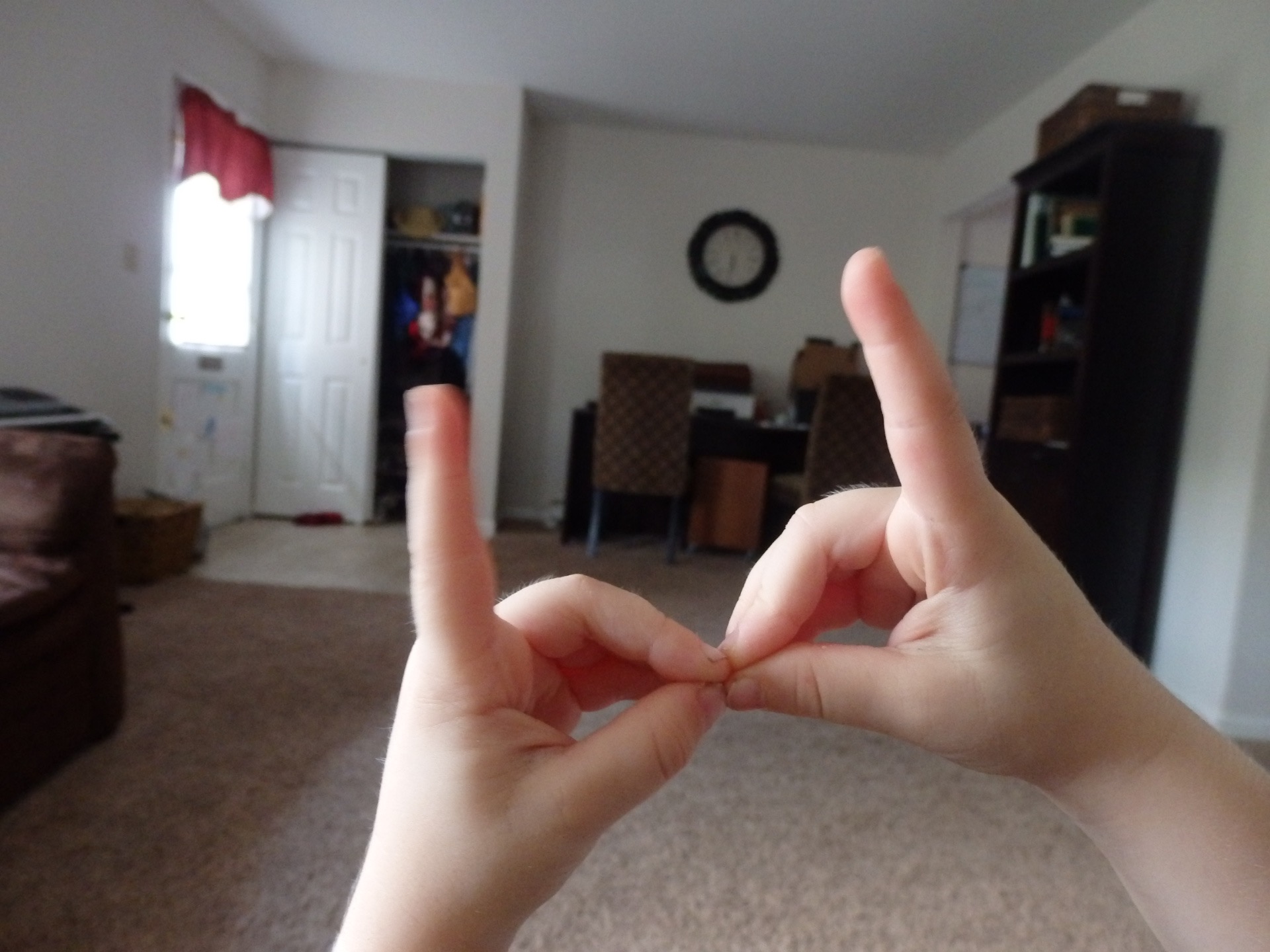 They match the hand with the letter, and then remember what sound it makes. I guess this would break down if they couldn’t remember where you start with “buh” and which way you go after that.

But it works for us. When Peter was starting to sound out words, first I had to tell him to make his bed. He would study his fingers and the word for a while, and then get it right. After a while, he would make his bed on his own, and not even look at his hands, but get the letter right. So I’m either a genius, or he doesn’t have dyslexia. 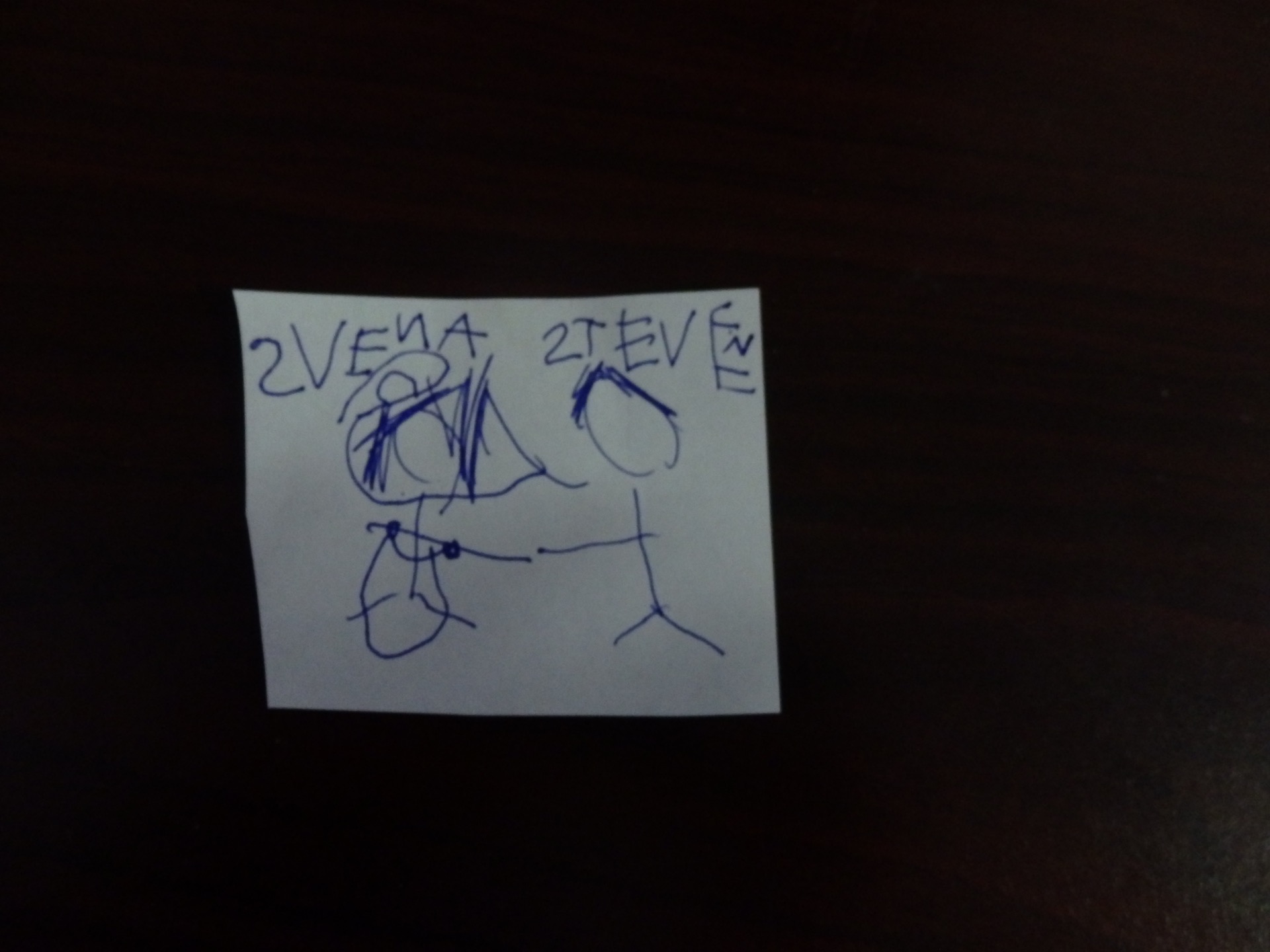 When they see 2 and S printed, the kids can tell them apart. But when writing, they are always mixed up. Just like shoes on the wrong foot, you should find them wrong about 50% of the time. But you don’t. You find it wrong 90% of the time.

That picture should say “Savannah and Steven.” So I thought and thought about how to make a little hand sign to help them here too. Here it is. 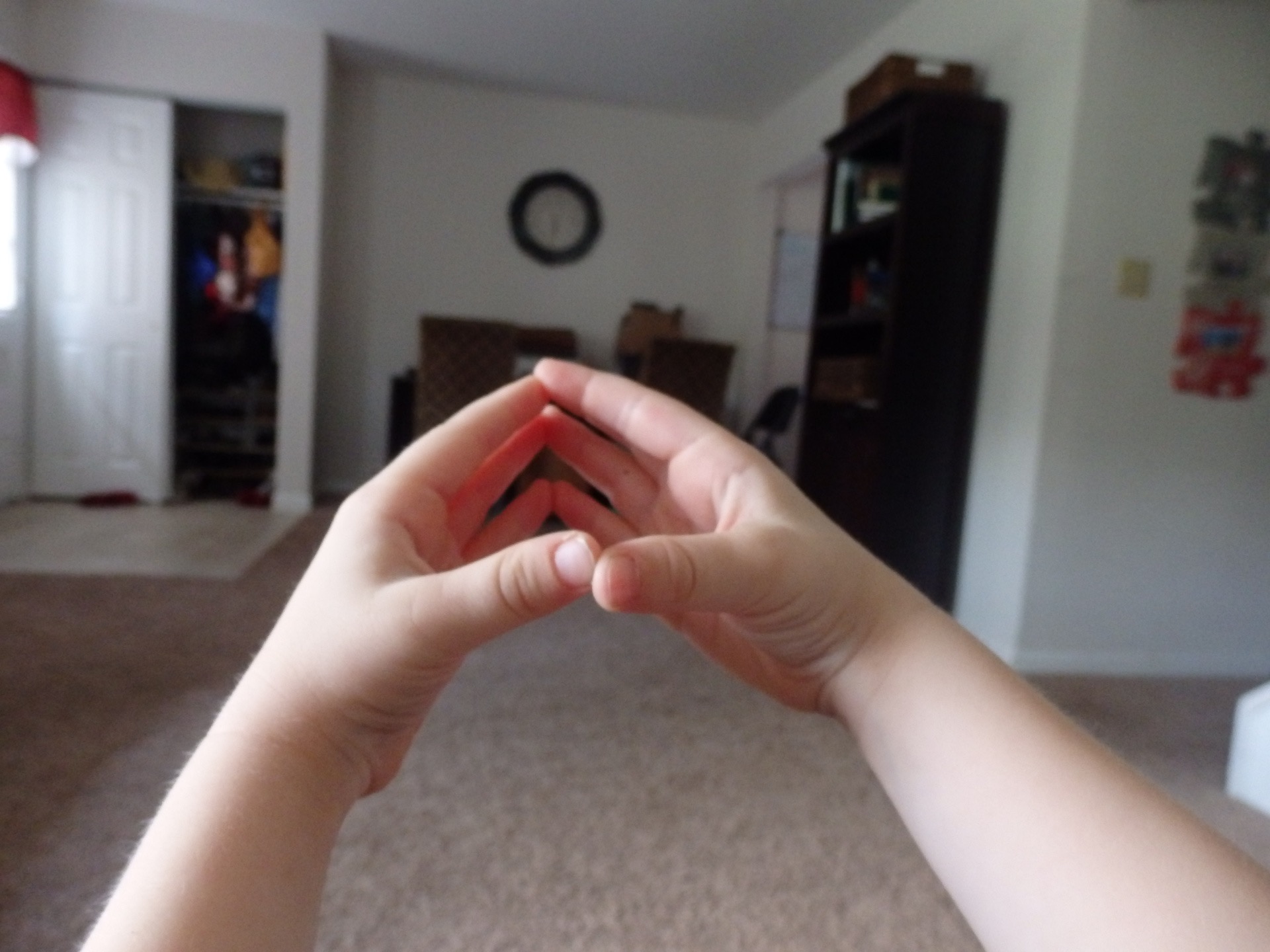