My daughter was extremely easy to potty train. She had one accident, was horrified by it, and never let it happen again (exaggeration).

But I had a harder time with Peter. If I reminded him every twenty minutes, he could get most of his urine in the potty, if he was rewarded by candy each time. He didn’t instantly get it, and didn’t seem to want to get it like Heidi did. So I assumed he wasn’t ready and asked him if he wanted to go back to diapers. We tried a couple times, with different incentives and consequences each time. Still, he didn’t get it as quick as Heidi, and so I gave up.

I also made him wear clothes and wash his hands each time, which made everything more difficult.

And then I went to Girls’ Camp for a week and left Bryan in charge of the kids. The sweetheart used five vacation days so I could go have a blast.

When I came back, I found this. 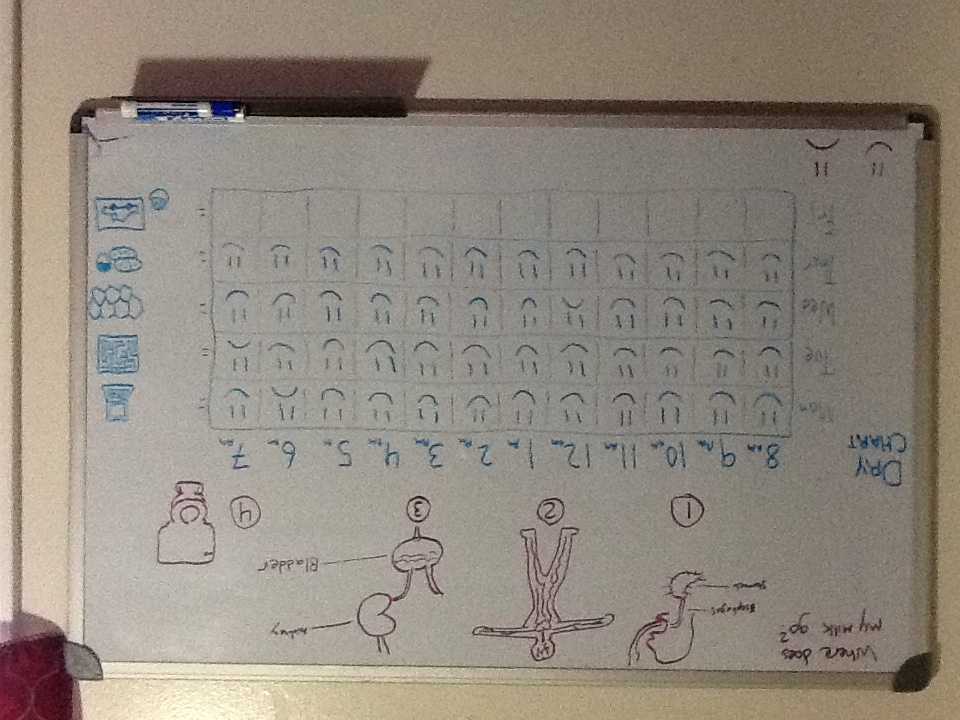 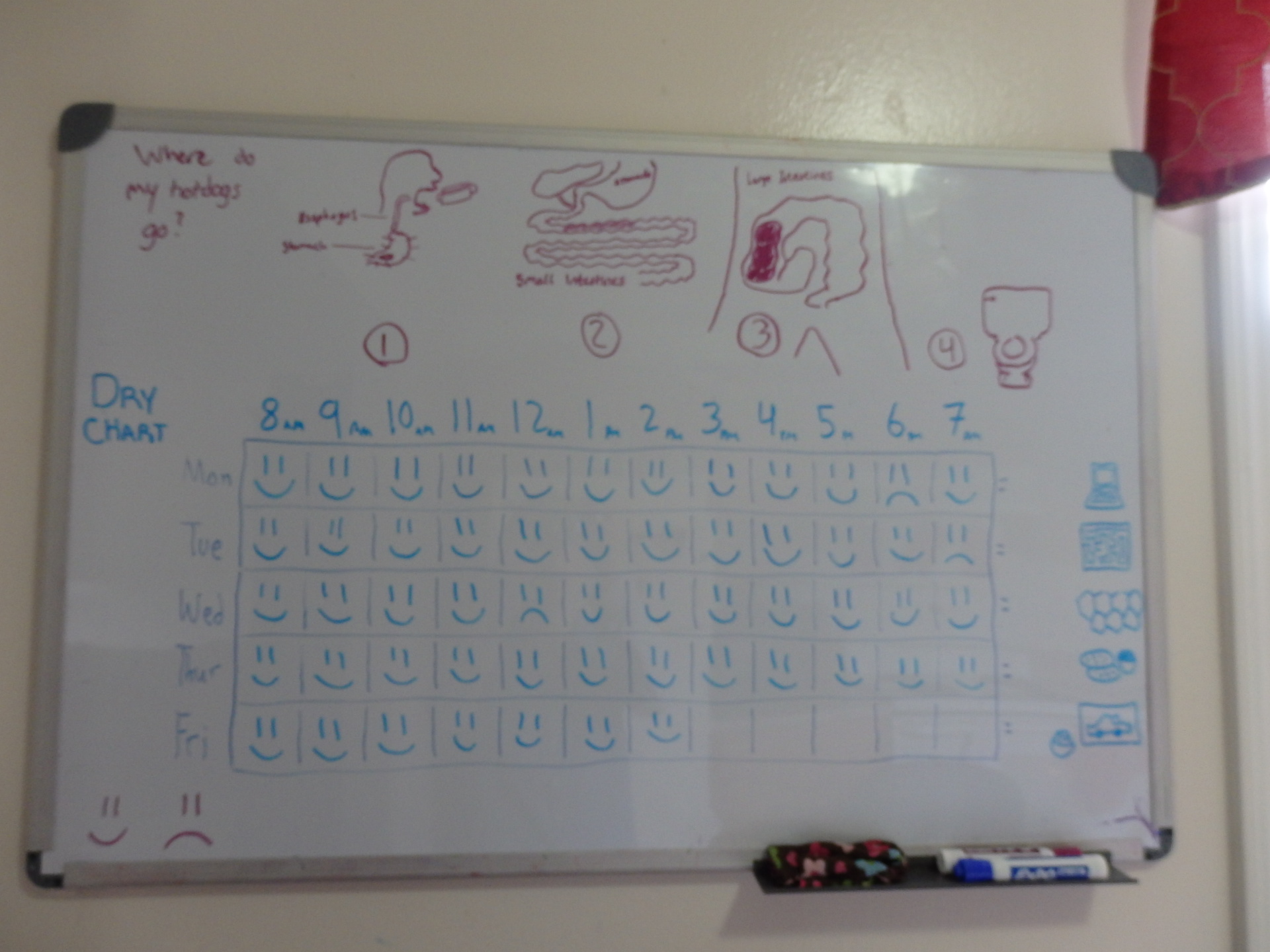 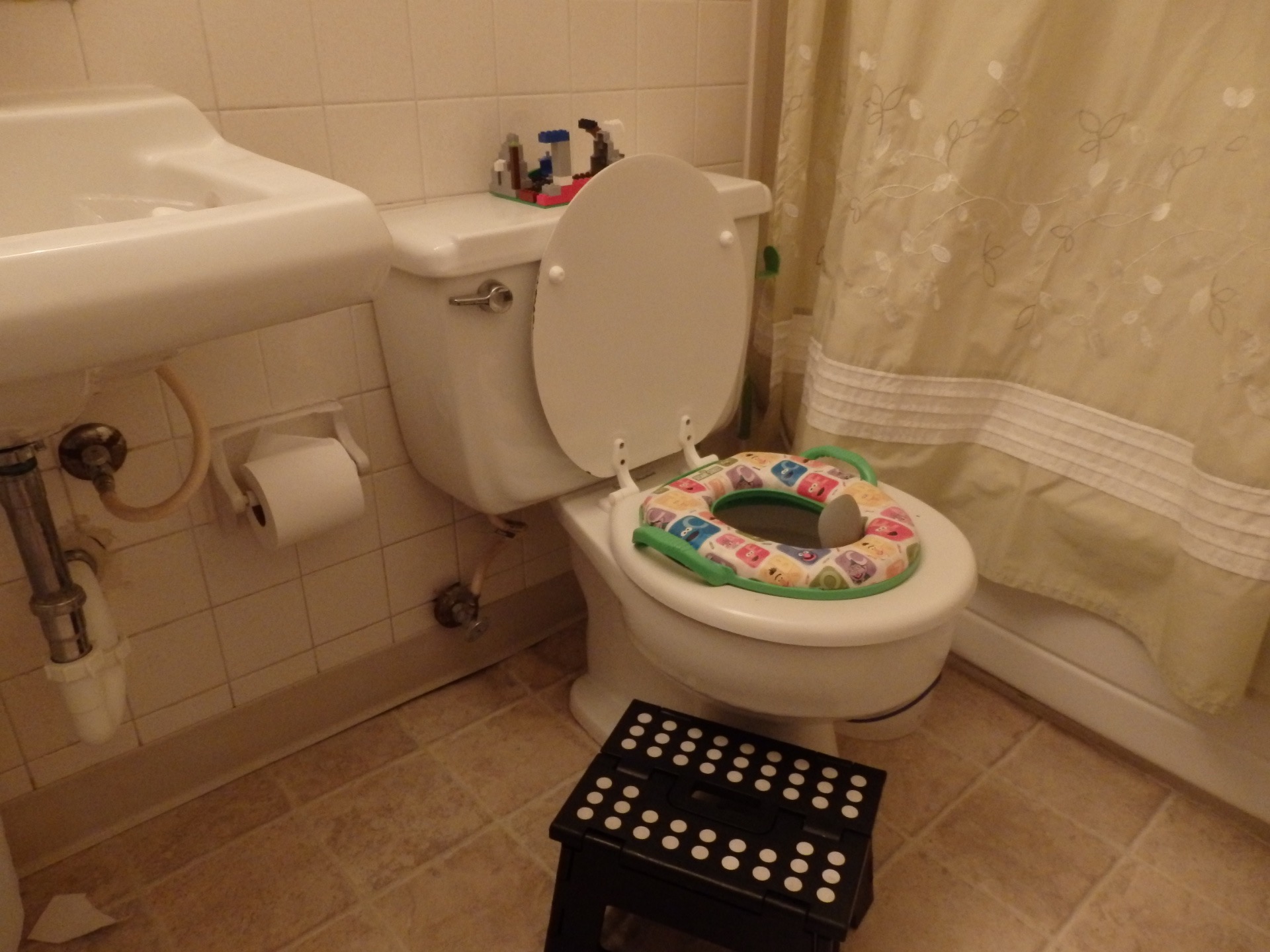 His system was amazing.

Unfortunately, I also came home to find my toddler saying the f-word. “Fire truck” is difficult, I guess.

« Our White Board Shapes of Numbers »